Father Ted is one of the most popular Irish TV show of recent times, but how au fait are you with it? Here are ten interesting facts about Father Ted you might not have known.

Father Ted was an Irish/British sitcom which ran over three series from April 1995 to May 1998 and consisted of a total of twenty-five-episodes.

Created and written by Irish writers Graham Linehan and Arthur Mathews, Father Ted was as Linehan once said: “a microcosm of Ireland during the 1990s; there’s a lot of frustration about Ireland in Ted.”

The show received tremendous critical acclaim not only in Ireland and the UK, but it was also aired in both Australia and New Zealand where it proved just as popular.

While most people have a good grasp of the storyline of three Irish odd-ball priests living along with their equally oddball housekeeper on the remote Craggy Island, we thought we’d bring you ten facts about Father Ted that you may have not known.

The iconic helicopter shots swooping in on the fictional Craggy Island show the wreck of the MV Plassey, an Irish Merchant navy ship which ran aground on Inisheer, one of the Aran Islands, during a storm in 1960. The ship, then known as the Juliet, was originally a Royal Navy minesweeper and saw service during the Second World War.

In 1995 it was bought by the Limerick Steamship Company and operated until her loss carrying goods around Ireland. Father Jack may have been pleasantly surprised to learn that on the night of her wrecking she was carrying a cargo of whiskey.

Father Ted’s parochial house is located close to Boston, a townland in County Clare on the west coast of Ireland and is known locally as ‘McCormacks’.

9. Theme music – a product of The Divine Comedy

During 1994 Graham Linehan and Mathews asked the alternative rock band Pulp to compose a theme song for the series. The writers were looking for a parody send-up of a typical television sitcom theme.

Pulp declined the offer and Neil Hannon of the Irish group, The Divine Comedy, was approached. Hannon’s first attempt was turned down, but his second composition was considered just right.

The lively, cheerful, and self-confident instrumental was used and later given lyrics and featured on The Divine Comedy’s 1996 album ‘Casanova’ as ‘Songs of Love’.

8. Filming location – where did it all happen?

Most people would associate the filming of Father Ted with County Clare, particularly around Corofin and Ennistymon, but many location shots were filmed in various locations in the East of the country, particularly County Wicklow, this being one of the more interesting facts about Father Ted.

For the well-known episode ‘The Passion of St Tibulus’, where Ted and Dougal are protesting their “down with that sort of thing” scene outside a cinema, the Ormonde Cinema in Greystones, County Wicklow, was used.

Other location shots for Good Luck Father Ted were shot in North County Dublin. All interior shots were filmed in front of a live studio audience at the London Studios in Waterloo, London.

7. RTÉ refusal? – the show was never offered to them

Contrary to popular belief and urban legend myth, and one of the more interesting facts about Father Ted, the show was never refused by RTÉ — in fact, it was never offered to them.

The show was pitched directly by writers Graham Linehan and Arthur Mathews through Hat Trick Productions to Channel 4 and was immediately snapped up by them.

The character traits of Mrs Doyle are said to be based on writer Graham Linehan’s own mother. However, at no time in all of the episodes is the housekeeper’s first name revealed.

In the episode ‘The Mainland’, Ted is required to give her first name to the Gardaí but the name is bleeped-out from the broadcast soundtrack. However, in the written script for that episode, she is referred to as Joan.

5. Jumping on the bandwagon – calling for tourists

Many local areas which featured in Father Ted have used the fame attached in bids to attract tourism. While none of the Aran Islands featured in any of the location shots, bar the opening sequence, both Inishmore and Inisheer, along with the County Clare village of Kilfenora, have held quite successful TED festivals. Plus, a visit to the Aran Islands is well worth it as they are one of the best hidden gems in Europe!

There has also been a call by an Ennis-based politician for ‘Ireland’s largest lingerie section’ from the Father Ted Christmas special episode to be officially recognised as a tourist landmark. The lingerie section of Dunnes Stores in Ennis was used for filming the trapped priests’ scene.

4. Father Dick could have been Father Ted – one of the most interesting facts about Father Ted

3. Ted was never meant to continue – Morgan had quit the role

Dermot Morgan, who died suddenly on 28 February 1998 at his home in London aged forty-five on the day after the final shooting of Father Ted’s third series, had already announced that he would be quitting the role. Morgan had said he didn’t want to become typecast. Coincidently, Frank Kelly, who played Father Jack, died on the same date in 2016.

1. A star is born – rising from the Irish Lives phoenix

There is a common belief that the Father Ted character was based on Dermot Morgan’s Father Trendy character which Dermot had created for the RTÉ Live Mike show. However, this is not true.

During the early nineties, Linehan and Mathews shared a home in London. They were co-writing material for various English comedies and sitcoms including Alexei Sayle, Mel Smith and Griff Rhys Jones.

Both writers toyed with creating a mock six-episode documentary entitled ‘Irish Lives’. Each documentary was to be based on an Irish character, one of whom was Father Ted Crilly, the misfortunate Catholic priest who went on to form the character inspiration for the Father Ted we now know and love. 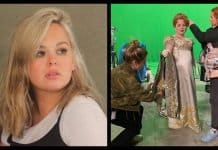 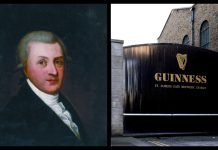