In the mood for some crazy Emerald trivia? Look no further. In this article we reveal mad facts you didn’t know about famous Irish people.

In the world of entertainment, science and sport, Ireland has always boxed way above its weight. Many of our most notable achievers and famous persons are not only celebrities at home but household names throughout the world.

In this article, we tell you 10 mad facts you didn’t know about famous Irish people, from Sinead O’Connor to Saoirse Ronan.

10. Bono – why does he constantly wear sunglasses?

Not many people are aware of the true reason that Paul David Hewson, or Bono — the nickname is said to come from the Latin phrase bono vox which translates as good voice — suffers from a rare eye problem.

While once being interviewed for a Rolling Stone magazine piece he told the interviewer that he suffers from glaucoma which unfortunately makes his eyes very sensitive to light. This, of course, can cause issues if he is photographed by flash photography and may leave him with red eyes for hours later.

One of the mad facts you didn’t know about famous Irish people is that the often controversial Irish female singer Sinéad Marie Bernadette O’Connor has changed her name on more than one occasion.

During 2017 Sinéad legally changed her name to Magda Davitt but subsequently, when she converted to Islam in 2018, she once more changed to Shuhada’ Sadaqat.

I suppose this is not surprising when she originally came to fame by recording a cover version of the artist ‘formerly known as’ Prince’s Nothing Compares 2U.

The Irish actor is known for his roles in films such as Michael Collins, Mission Impossible, Bend it like Beckham and The Tudors, but he also has a nice little earner as a male model.

Signed to Independent Models in London, Rhys Meyers has been the ‘face’ of Hugo Boss men’s fragrance, modelled for Club Monaco and undertook modelling assignments for Versace including their 2066 Autumn/Winter collection.

Irish actor Liam Neeson, who starred in such films as Schindler’s List, Michael Collins and space opera Star Wars: Episode I – The Phantom Menace, showed great promise as a youth boxer while growing up in Ballymena.

Neeson was a member of the Ballymena All Saints Youth Club and won several regional titles before giving up boxing for the stage at seventeen. While studying physics and computer science at Queen’s University, he was also recognised as a talented soccer player.

So much so that he was offered a trial for Bohemian Football Club in Dublin and played as a sub for one game against Shamrock Rovers but was never offered a contract.

6. Ardal O’Hanlon – one of the mad facts you didn’t know about famous Irish people

Ardal O’Hanlon, who starred as the hilarious Father Dougal McGuire in the Irish sitcom Father Ted, has an interesting political heritage going back to the War of Independence. This was revealed during the making of the ‘Who Do You Think You Are’ television documentary.

While many people might be aware that Ardal’s father was Dr Rory O’Hanlon, a former Fianna Fail TD and Minister for the Environment, not many would be aware that his paternal grandfather was Michael O’Hanlon, who was an active member of the IRA’s notorious ‘hit-squad’ led by Michael Collins in the War for Independence.

5. Saoirse Ronan – parents were once undocumented Irish in New York

The plight of the undocumented Irish living in America is well known and many disturbing stories of those Irish who were forced to emigrate to the States during the Irish recession of the 1980s have been documented.

Saoirse Ronan’s parents were among those who left Ireland for a better life and settled in New York, where Saoirse’s father worked long hours at menial jobs in the construction Industry and behind bars. Saoirse was born in the Bronx area of New York in 1994 and moved back to Ireland with her family when she was three.

Dolores O’Riordan’s mother was a very devout Catholic and named her daughter after Our Lady of the Seven Dolours, one of the names by which the Virgin Mary is referred to.

While Dolores attended a convent school in Limerick her mother actively encouraged Dolores to enter a convent and consider becoming a nun, making this one of the mad facts you didn’t know about famous Irish people.

Siobhan MacGowan, Shane’s younger sister, is an accomplished journalist, singer and songwriter. She performed with the band The Frantic which she helped form in 1988. She has also performed with Hazel O’Connor and with Mary Coughlan.

During Christmas of 1998, she appeared on stage at the Point Theatre Dublin with the The Dubliners and her brother Shane. Siobhan worked for some years as personal assistant to rock legend Van Morrison and travelled on tours with him throughout Europe and America.

County Clare born musician Sharon Shannon — the girl who made the button accordion cool — is also well known for her charity work. Sharon actively campaigns for many animal rescue centres and is patron to Mutts Anonymous Dog Rescue and Adoption (MADRA) based in Galway.

Sharon has also been appointed as an ambassador for the charity Missionvale which focuses on providing education and support to South African Townships.

1. Graham Norton – the funniest of the mad facts you didn’t know about famous Irish people

During the Edinburgh Fringe Festival, Norton’s drag act depicting Mother Theresa of Calcutta was so impressive it caused the Scottish Television’s religious affairs department to mistakenly use the clip to represent the real Mother Theresa.

So, there you have it, 10 mad facts that you didn’t know about famous Irish people. We hope you found it interesting and a brief look at the back-stories behind the celebs we know and love. 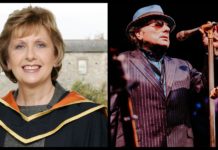 Top 10 most famous people from Belfast of all time, ranked 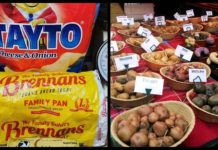