The internet is a fantastic tool for many reasons, one of which is having plenty of entertainment at our fingertips when we need something to curb our boredom.

There’s nothing worse than your weekend plans being spoilt due to bad weather conditions. Unfortunately, this is something we know all too well in Ireland due to its unpredictable and often wet weather.

So, if you find yourself stuck in this house this weekend, looking for something to do, you’ve come to the right place.

From videos to articles, learning tools to games, the internet is home to everything you could possibly imagine. So, here are ten online games you can play to get you through a rainy day.

10. The Floor Is Lava! ‒ inspired by the famous childhood game

This game is inspired by the popular game we all played as children, where you had to jump between the furniture to avoid touching the lava-covered floor.

In The Floor Is Lava! online game, however, you control the movement with the click of a mouse.

9. QWOP ‒ harder than it looks

QWOP is one of the best online games you can play to get you through a rainy day because it is so much more difficult than it first appears.

The aim of the game is to run 100 metres. However, you have to manually control the runner’s thighs and calves. A truly hilarious game that will keep you entertained.

Sinuous is a free online game where the aim is to avoid the red enemy dots as they come hurtling towards you.

In control of a little line, you must collect as many green dots as possible and continue the game for as long as you can to achieve a high score.

7. Rich Wilde and the Book of Dead ‒ a fun adventure game

The Book of Dead is a fun online slot game in which you play as explorer Rich Wild venturing into the  Tomb of the Pharaohs to retrieve the Book of Dead.

Developed by Play’n Go, this game is a five-reel, three-row slot with a total of ten adjustable paylines. This is definitely one of the best online games you can play to get you through a rainy day.

Line Rider proved so popular as an online game that console manufacturers Nintendo actually released a version for both the DS and the Wii.

In this game, you are tasked with the job of creating lines that a little rider must ride along. You can make the line as wacky as you want, adding in spirals, loops, and more!

5. The Wiki Game ‒ play a game with the popular online resource

Everyone has used Wikipedia. However, did you know there is actually a game connected to the popular online encyclopedia?

In the Wiki Game, you must travel between Wikipedia pages by using the internal links on each page. You are timed to see how quickly you can get from your starting point to the end goal.

Who doesn’t love a good jigsaw puzzle to keep the family entertained when they’re stuck indoors? This age-old game has taken an online twist with The Jigsaw Puzzles.

There are countless jigsaw puzzles available on the website for you to complete. Plus, you won’t have to worry about the tidying up after that comes with a traditional jigsaw!

Quick, Draw! is not just a fun online game. Rather, it is a useful tool to improve the computer’s intelligence.

In this game, you must draw an image based on a word you’re presented with. Then, the online platform must guess what you’ve drawn. It then stores the information to help it make better guesses in the future. How cool?!

2. Gridland ‒ a ‘match three’ game with a twist

Gridland is a popular online game in which you must match three in a row. However, in a twist to the traditional match three games, this game is split between day and night.

In the day, you must connect and gain resources to create your village, while at night, you have to fight invading monsters.

1. Threes ‒ based on a popular mobile game

Topping our list of online games you can play to get you through a rainy day is Threes. Designed and based on the popular mobile game Three in Line, you must combine numbered tiles to get multiples of three.

Your aim is to get and stack rare tiles to achieve the highest score possible. Threes is a delightfully addictive game that is sure to keep you entertained. 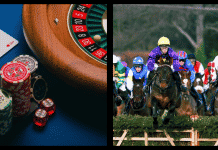 Top 7 fun places for a bet around Ireland 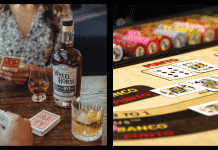