Profoundly immoral and wicked is a dictionary definition for the word evil. Unfortunately, throughout our history and particularly during the past decades Ireland has had its fair share of people whose acts match this description.

In this feature journalist, Ger Leddin looks at five of them. 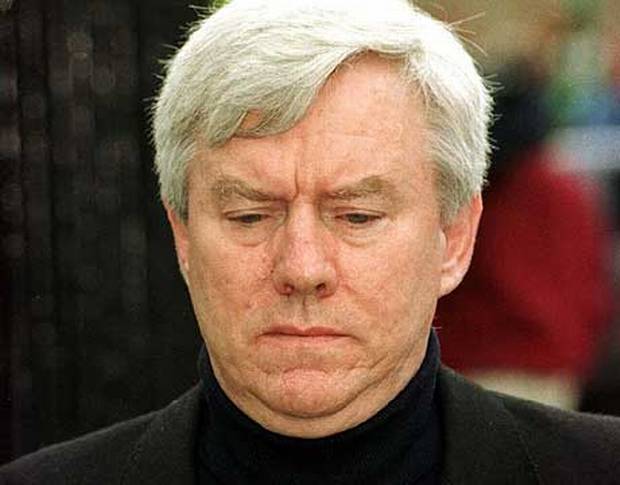 Can any act be eviler than the betrayal of trust and authority perpetrated by an adult, especially an ordained priest over vulnerable and ill children?

This was exactly the evil which came to light when Fr. Ivan Payne — nicknamed in the media as Ivan the Terrible — was convicted by the Dublin Circuit Criminal Court on the 26th of January 1998 on 14 sample charges of sexually abusing eight boys aged between 11 and 14.

All boys were patients at patients in Our Lady’s Hospital for Sick Children, Crumlin where Payne had held the position of Hospital Chaplin.

Fr. Payne pleaded guilty to charges of indecent assault on ten victims and in June of 1998 was sentenced to six years imprisonment; he was released in October 2002.

According to the 2009 report of a commission into the sexual abuse scandals in the Catholic Archdiocese of Dublin — the Murphy Report — Payne moved to England in 2003. 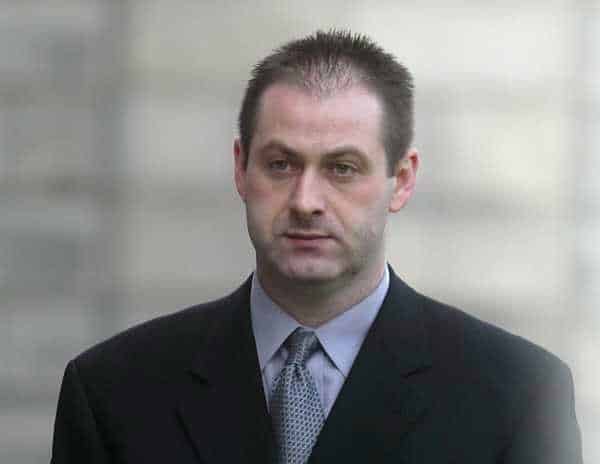 Life was good for Martin Sweeney living and working on the Mediterranean island of Majorca. He was building a new life for himself. He had been issued a Spanish National Identity card and found a job working at the Squadron Bar in the resort of Puerto Portals.

Life was good that is until July 2004 when he was recognised by some visiting Irish tourists as Colin Whelan wanted by Irish Gardaí for the 2001 murder of his wife Mary Gough.

Whelan had met Mary Gough in 1993, he was her first love and they continued a relationship until they married in September 2000.

In June 2000 Whelan doubled the life insurance on both himself and on his soon to be wife. He stood to gain €400,000 in the event of her dying within ten-years,
Whelan was a computer analyst with a bank and a Garda trawl through his work computer revealed that soon after taking out the insurance policy, Whelan began searching out terms such as “asphyxiation,” and “lack of oxygen effects” along with “death by strangulation.”

Whelan had also downloaded the case notes for a strikingly similar murder case in the United States where a duvet had been used to keep the body warm and confuse the time of death.

Just four months into their marriage Whelan had begun an online affair with an English woman and had arranged to meet her in March of 2001. During the course of their contact, Whelan had boasted as to how he was due to come into an inheritance in the very near future.

On the 28th of February Mary was dead. It initially appeared that she had fallen down the stairs at their home in Balbriggan but an observant nurse had noticed some very slight scratches around her neck and informed the gardaí. The state pathologist reported that she had died from asphyxiation, strangled to death with the belt of a dressing gown. Whelan was questioned and charged with her murder.

A trial date was set for the 13th of October 2003. However, that trial never proceeded, seven months before the supposed start date of the trial Whelan’s car and personal belongings were found abandoned at Howth Head in what was made to look like a suicide.

A massive land and sea search was undertaken but a body was never recovered.
Nothing more was heard of Whelan until that observant Irish couple spotted him in Majorca.

Whelan was extradited from Spain and stood trial for the murder of his wife in 2005 and received a life sentence. 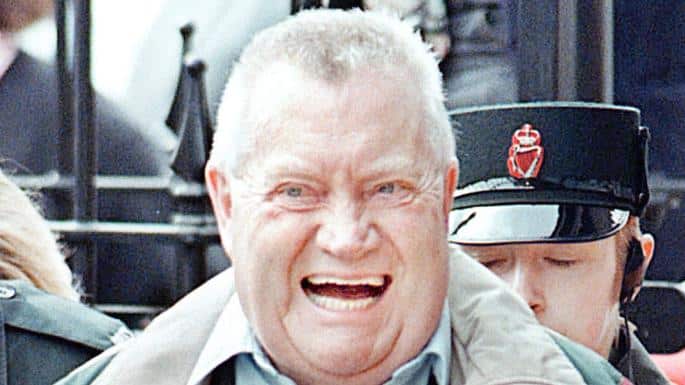 Fr. Brendan Smyth was probably Ireland’s most notorious child molester. A Catholic priest from Belfast he used his position in the Church to contact, groom and molest up to 144 children.

After his arrest in 1991, he fled to the Republic of Ireland, where he spent the next three years avoiding police and extradition proceedings.

The poor handling of an extradition request from the RUC by the Irish Attorney General’s office led to a further delay of Smyth’s trial. This led to the collapse of the Fianna Fáil–Labour Party coalition government in December.

In 1994 Smyth eventually stood trial for his crimes and was sentenced to 12 years he died in prison one month into his sentence. 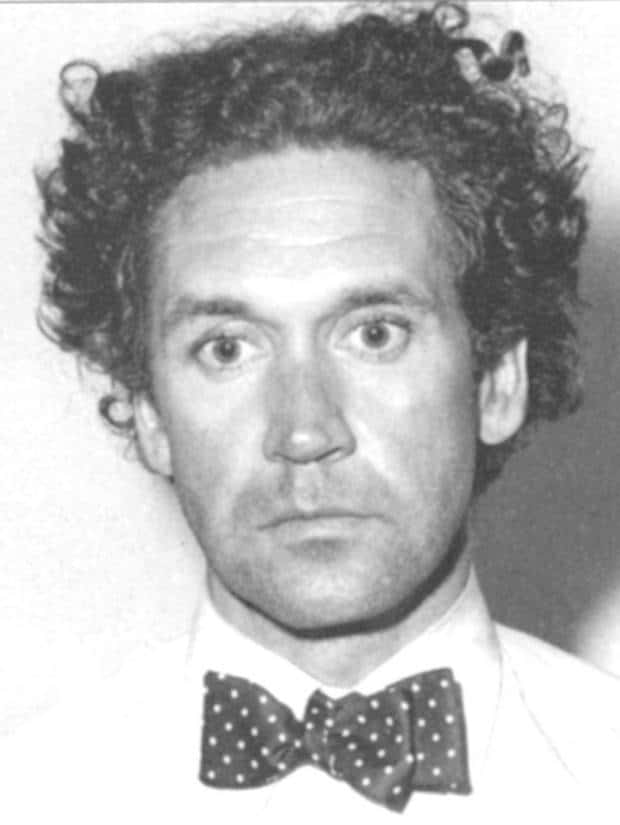 In August of 1985 Ireland was shocked when news broke of the arrest of flamboyant socialite Malcolm McArthur at the home of the then Attorney General, Paddy Connolly in County Dublin.

Gardaí were investigating the murders of two victims Dónal Dunne, a farmer in Edenderry, County Offaly and a nurse named Bridie Gargan (aged 27) who had been sunbathing in the Phoenix Park in Dublin during her time off work.

McArthur, attempting to steal her car beat the nurse savagely about the head with a hammer. He then drove off, leaving Gargan dying on the back seat.

A passing ambulance escorted McArthur to the hospital, the driver said in evidence that he had mistaken McArthur for a doctor because of a windscreen sticker which Gargan had. McArthur later abandoned the car.

Finding alternative means to get to Edenderry, MacArthur visited the farmer Dónal Dunne and murdered him with his own shotgun after examining it on the pretence of buying it.

MacArthur then stole Dunne’s car and drove it back to Dublin. These murders created a sensation in Ireland as news of McArthur’s arrest at the AG’s home broke.

At trial, McArthur pleaded guilty to the murder of Nurse Gargan. He was never tried with the murder of Dunne. This led to a petition of 10,000 signatures to ensure McArthur would be tried for his murder. The petition was unsuccessful and McArthur received a life sentence for just one charge, Gargan’s murder.

McArthur was released from Shelton Abbey prison on 17 September 2012. 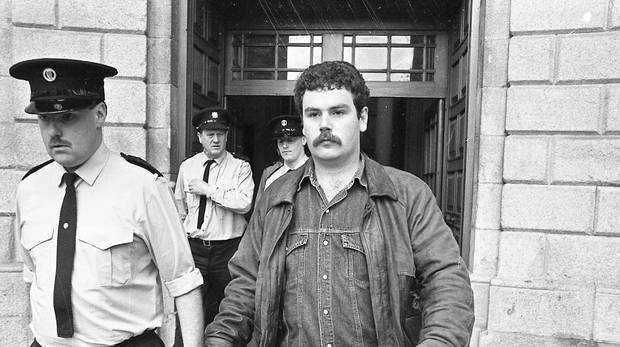 Brendan O’Donnell was a disturbed young man. During the course of his trial for a brutal triple murder, he was described as a hebephrenic schizophrenic; the lawyer explained that in layman’s terms,” he was as mad as it was possible to be!”

On the 27th of April 1994, he evaded capture by police who wanted to question him on charges of stealing cars where he was living at a caravan site in Mount Shannon County Clare.

O Donnell was known to sleep rough in the woods around his home at the nearby village of Whitegate; it was reported that he would often sleep on the grave of his mother who died when O’Donnell was nine.

On the morning of April 29, O’Donnell arrived at Imelda Riney’s door with a loaded shotgun, told her that he was going to raid the Whitegate post office and that she and her three-year-old son Liam would come with him.

O’Donnell then raped her although he claimed the sex was consensual forensic tests would later detect signs of sexual assault.

He then ordered her to drive towards Whitegate where he ordered Imelda to turn off the road into the woods and get out of the car and walk deeper into the woods. Pointing a gun at her he forced her to carry Liam. She stopped and lunged at the gun, O’Donnell shot her in the face then approached the child and shot him too, watching his small body collapse on top of his mother.

Later that week a priest, Fr Joe Walsh, went missing in Eyrecourt, Co. Galway. O’Donnell had in fact kidnapped and forced the priest to drive to Cregg Wood.

Once at the woods O’Donnell forced Fr. Walsh to kneel then shot him twice in the head. He later told the court a voice had instructed him: “Kill Father Joe, he’s trying to christen the devil’s baby son.”

On the 6th of May, Imelda Riney’s car was found burned-out in Loughrea, near Eyrecourt, Gardaí connected the three disappearances Detectives were despatched from Dublin and an extensive search of the area was begun.

A few days later East Clare, teenager Fiona Sampson, was relaxing in her parent’s home.
O’Donnell broke in and at gunpoint, he ordered her to drive him in the family car away from the East Clare area which had numerous checkpoints. Sampson said O’Donnell told her if he had to shoot her, he would, and it would be quick – he asked her if she was afraid of dying.

A few miles up the road they met local farmer Eddie Cleary, on the road and O’Donnell attempted to force him at gunpoint to drive them away. Suddenly gardaí surrounded the car, Cleary managed to pull O’Donnell out of the car and Sampson was carried to safety. O’Donnell was handcuffed and arrested.

O’Donnell’s murder trial lasted 53 days – the longest in the history of the State and O’Donnell was sentenced to life imprisonment.

In 1997 O’Donnell was found dead at the Central Mental Hospital having taken an apparent overdose of heart medication.

Above you have a brief account of five of Ireland’s most evil people. Unfortunately, there are far too many more, but we intend to publish more of these stories shortly. 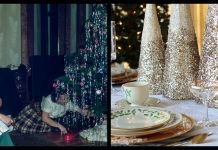 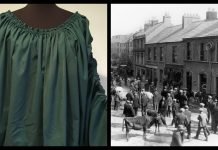