Fancy a bet but don’t know which game to place it on? Worry no more, for we have you covered with our guide to the five sports in Ireland that have the best odds.

Ireland is a country that is ravenous about its sport, with a whole range of sports being played across the country. From the love of the amateur game right to the prestige of professional competition worldwide, Ireland has it all.

And the love of the game often generates heated discussions about who is best or who will win and bold predictions about the next victor or loser. That is sometimes best expressed in the form of a bet on the game.

For a guide on where to place your next few quid, read on to find out the five sports in Ireland that have the best odds.

The first on our list of the five sports in Ireland that have the best odds is rugby. It is one of the fastest-growing sports that is played across the Emerald Isle.

While the Rugby World Cup might be a couple of years away now, there is plenty of homegrown competition to chance your arm on. Munster, Leinster, Ulster, and Connacht are all competing in the United Rugby Championship.

Odds are better than ever this year as the competition has a new look with 16 teams now competing, including introducing the top four teams to hail from South Africa.

Why not put a bet on Ireland’s Call and Ireland’s triumph in the 2022 Six Nations? Ireland currently sit as third favourites at 9/2. Worth a go in our eyes.

4. Boxing – top sport in Ireland that has the best odds

Boxing is one of the most popular sports globally. And its influence has also spread its tentacles across all four corners of the Emerald Isle.

All the top bookmakers in Ireland will have consistent updates on the odds, with boxing fights scheduled regularly. It might even be a hit when it comes to casino bonuses, so get yourself in line.

The heavyweight champion is now 5/2 to win on points or decision with Paddy Power. At the same time, Ladbrokes have it 6/1 for both fighters to be knocked down, not something to be ruled out in a heavyweight clash.

3. Gaelic football and hurling – for a punt on Ireland’s finest

Another on our list of the five sports in Ireland that have the best odds are both Gaelic football and hurling; Ireland’s premier indigenous sports are neck and neck the most popular across the country with soccer.

While the inter-county seasons for both Gaelic football and hurling have reached their conclusions, with Tyrone and Limerick triumphing, respectively, there was plenty of money made and lost across the year.

But fear not, for there is plenty left in both clubs this year, with the club competitions only beginning to throw in.

2. Horse racing – a bet for every Saturday

Undoubtedly one of the most popular sports in Ireland for a punt is horse racing. This is despite the negative effect the COVID-19 pandemic has had on the industry.

With the loss of the likes of Cheltenham and the Grand National in England and Leopardstown in Ireland, the number of bets dropped dramatically.

However, there are still plenty hedged. Tune in to Sky Sports and keep your eyes peeled for the up to date odds.

And claiming the top spot for our Irish sports with the best odds is football. Or indeed soccer, depending upon your persuasion.

Club football across Europe is now in full swing, and the race for the Premier League title looks hotter than ever. Manchester City edge Chelsea out as favourites across the board, generally at 13/8 to 15/8.

However, why not look closer to home? Linfield pip Glentoran, Larne, and Coleraine as favourites to win the Premiership in the North. Meanwhile, Shamrock Rovers lead the rest of the pack in the League of Ireland, with odds of 1/14. 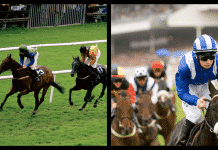 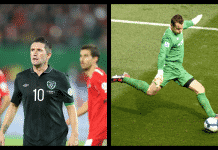 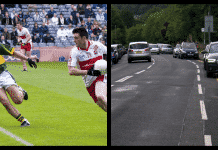