A 78-YEAR-OLD man has been arrested on suspicion of murder after a burglar was stabbed to death at his London home.

The incident occurred at around 12.45am this morning when the pensioner discovered two intruders inside his house on Further Green Road in Hither Green.

One suspect, armed with a screwdriver, forced the homeowner into his kitchen where a scuffle ensued.

The burglar was apparently stabbed to death by his own weapon in the struggle, Scotland Yard said.

The pensioner involved suffered bruising to his arms and was arrested on suspicion of grievous bodily harm.

He was later rearrested on suspicion of murder after the suspect died in hospital at 3.40am.

He remains in custody this morning at a south London police station.

The Metropolitan Police said they were called to the property over reports of a burglary shortly before 1am.

A spokesman added: “The 78-year-old resident had found two males inside his address.

“One suspect went upstairs while the homeowner was forced into the kitchen by the second suspect, armed with a screw-driver.

“A struggle had ensued in the kitchen during which one of the males found inside the property sustained a stab wound to the upper body.”

The dead man’s next of kin have been informed of his death.

Police said that a post-mortem examination of his body will take place “in due course”. 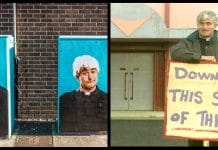 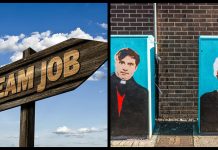