There’s a Garda going around apparently ensuring the masses’ bank information is safe and secure.

A local garda has been praised for his work in helping to uncover an internet scam designed to empty the bank accounts of people living in County Westmeath.

Chief Superintendent Charlie Blake has praised the work of Garda Abdullah Tangwani whom the Superintendent says has gone over and above the call of duty in his efforts to stamp out the internet and telephone scam.

“Garda Tangwani is a valued member of the Mullingar Garda Force, and even though I’ve never met him myself, I’m proud of his selfless actions,” the Chief Superintendent told members of the press who had gathered in Mullingar Garda station to report on the story.

“In fact, when I heard about his selfless devotion to duty, I asked around the station, and nobody seems to know him.

“He’s the kind of Garda that stays in the background never seeking glory and just gets on with the job. In fact, I didn’t know we had an Internet-scam division headed up by Garda Tangwani until yesterday, so I didn’t,” Mullingar’s top cop admitted.

The Chief Superintendent went on to say, “It appears that Mullingar and the surrounding areas have been targeted by an international group of internet fraudsters who are contacting people by telephone and email and pulling stunts to get them to release their bank details.”

“Garda Tangwani took it upon himself — even though he’s on annual leave touring Turkmenistan to contact as many people as he can to put their minds at risk,” an obviously proud Chief Superintendent said.

“We understand that — even on his own time, and often in the middle of the night, Garda Tangwani has been emailing and telephoning people in Westmeath informing them of the scam and offering to protect their accounts.

“That’s dedication for you, so it is,” the Chief Super said, “For an off-duty guard on his Turkmenistani holiday and at his own expense to help others — well, that’s dedication!”

Chief Superintendent Blake went on to detail how Garda Tangwani’s scheme to foil the internet scammers works. “What he does— and he came up with this idea himself — is to phone and email people and ask them to send him their bank account details and numerical codes so he can put the details on his watch list. That way if there are any suspicious transactions, he can halt them.”

“Jaysus it’s a grand idea altogether, so it is,” Mullingar’s top Garda told the reporters. “All people have to do is send him a picture of both sides of your bank or credit cards, and he’ll handle it from there, so he will.”

“To be honest,” The Super continued, “all the Gardaí here in Mullingar are a bit embarrassed that we hardly know Garda Tangwani.

In fact, nobody in the station can remember meeting him, which is strange him being originally from Turkmenistan and all.

“I’m telling you he’s definitely in line for a promotion when he comes back from visiting his family in Turkmenistan, so he is.” 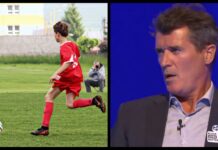