For everyone in Ireland, from ages three to 93, the Late Late Toy Show is one of the most highly anticipated TV events of the year.

Christmas is on the horizon, and applications are now open for Late Late Toy Show tickets!

The ultimate in festive entertainment, people from all corners of the Emerald Isle have partaken in the yearly tradition of sitting around the TV to tune into the Toy Show.

While we love cosying up in front of the TV, we all dream of experiencing the magic in real life.

If you’ve imagined sitting in the audience year after year, read on to find out how you can make your dream a reality.

Applications are now open for Late Late Toy Show tickets, which will hit our screens on 26 November this year.

Do you want to experience the magic in person and be in with the chance of getting your hands on some goodies? If so, you can apply for tickets on the RTÉ website.

To be in with a chance of getting one of the most sought-after tickets in Ireland, all you have to do is explain why you want to be part of the TV event of the year.

Bear in mind, however, that current RTÉ Health and Safety guidelines are in place. So, applications are only open to those who are fully vaccinated.

What to expect – we can’t wait

The theme for this year’s Toy Show is yet to be revealed. Nonetheless, we are certain our favourite festive programme is sure to be as magical as ever.

So, for an unforgettable festive experience, make sure to be quick. Applications are now open for Late Late Toy Show tickets, and they’re sure to go like gold dust.

The show takes place at RTÉ’s Donnybrook studios in Dublin. Tickets are allocated by a random lottery, so it’s worth shooting your shot!

The Toy Show is a special event for those of all ages across Ireland.

From little kids excited for the arrival of Santa Claus to grown-ups nostalgic for Christmas’ of yore, it’s the ultimate family event getting us in the mood for the festive season.

Moreso than ever, after two years of uncertainties, constants like the Toy Show prove a comfort to everyone. Presenter Ryan Tubridy spoke about the anticipation for the show every year.

He said, “The appetite for Toy Show tickets never fails to astonish me, and it seems to be growing every year.

“We have something truly special planned for this year’s show. And the only way to be in with a chance of getting a ticket is to apply now.

“I wish you good luck, and I hope to see you at the most wonderful night of the year!” 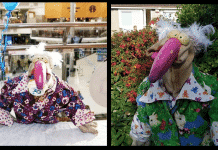 10 things you might have in common with Dustin the Turkey 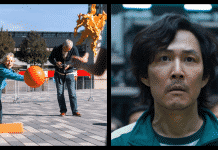 5 games they would play if Squid Game was in Ireland