An island nation known for its talented creators and forward thinkers, Ireland never ceases to amaze us with the world’s most talented individuals.

From artists to writers, musicians to actors, sportspeople to scientists, Ireland has long since been known as a global breeding ground for talent.

Historically an epicentre of arts, culture, science, and innovation, Ireland has produced some of the world’s leading figures across various fields.

Nothing has changed to this day, with new and exciting talent emerging all over the Emerald Isle every day. So, here is the very best young Irish talent you need to watch out for.

A talented singer-songwriter from Dublin, Saibh Skelly is certainly one to watch right now. Just 17 years old, Saibh gained a huge online following when she started uploading her incredible covers to YouTube in 2019.

She has been going from strength to strength this year, with new releases and various gigs keeping her fans entertained.

Catherine Prasifka released her debut novel, None of This is Serious, in April of this year. She quickly gained great reviews, with many dubbing her the ‘new Sally Rooney’.

Just 25 years old, we can’t wait to see what is next to come from this talented young Irish author, who is undoubtedly among the best young Irish talent you need to watch.

Hailing from the same golf club as Rory McIlroy, young Irish golfer Tom McKibbin is already showing his promise on the international stage.

Just 18 years old, the Newtownards-born golfer has shone during the European Tour this year.

7. Selló ‒ one of the biggest names in Ireland’s rap scene

Ireland’s rap scene has exploded in recent years, following the success of Irish rappers such as the Limerick trio Rusangano Family.

Now, young Clondalkin rapper Selló is said to be ushering in a new age of Irish rap. His songs ‘Dublin’ and ‘As Gaeilge’ have gained him much attention on the national rap scene, and we can’t wait to see what he does next.

When it comes to Irish talent in sport, one name you need to know is Eve McMahon. Becoming the first youth sailor to gain a place on the senior Irish sailing team, McMahon’s prowess for the sport was clear early on.

McMahon won the award for Irish Youth Sailor of the Year for three years running. So, there is no denying the talent of this young Irish sailor.

In recent years, Ireland has shone in the world of fashion and design, with young designers making their impressive debuts on the global stage. The young and talented textile designer Amy Kerr is no exception.

In 2021, she was shortlisted for a Design and Crafts Council of Ireland Future Makers prize, and in 2022, she won the RDS Craft Award Bursary. So, if fashion is your thing, Amy Kerr is certainly among the best young Irish talent you need to watch.

There is a whole new generation of Irish actors and actresses making a name for themselves in the global film and television industry. Florence Adebambo is one such name.

Having featured in the RTÉ drama Taken Down, Florence is working on various exciting projects that we can’t wait to watch.

Music-lovers, listen up! Kynsy is an incredibly talented young musician from Dublin whose music has been gaining huge popularity online.

Her latest EP ‘Love of Your Life’ showcases just how amazing this 20-something musician is, and we can’t wait to see what she does next.

27-year-old Tolü Makay is a singer from Dublin who shot to prominence following her haunting performance with the RTE Concert Orchestra on New Year’s Eve 2020.

She is the Dublin Fringe Artist in Residence for 2022 and is undoubtedly among the best young Irish talent you need to watch. 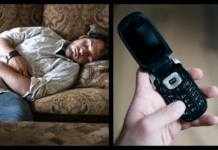