The long-awaited third season of the Northern Irish sitcom is set to hit screens early next year.

The wait is almost over as one Derry Girls star confirms season three is to air early next year.

Fans have waited with bated breath for a release date for the latest season of the beloved comedy show, which had to pause filming due to the COVID-19 pandemic.

So, you’ll be glad to hear the wait is almost over.

Tara Lynne O’Neill, who plays Ma Mary in the smash-hit TV show, told The Irish Mirror that filming for season three is due to begin at the end of this year.

Continuing, the Derry Girls star revealed that season three is due to air early next year.

If we leave it another year, we’ll all be old-age pensioners. It will be called ‘Derry Old Ones!’

No, we’re gonna do it this year, so it will be out early next year. We’re tied in for the filming date, so we’re shooting this year.”

Best storylines ever – we can’t wait

Anticipation for the latest season of the Northern Irish comedy rose after Nicola Coughlan (Clare) revealed to fans that season three’s storylines are the best they’ve ever done.

She said, “I already know all of the storylines, and I’m so excited. Genuinely – and I’m not just saying this  –  I think it will be the best one.”

So, news that another Derry Girls star confirms season three is to air early next year will give fans something to look forward to.

The gift of the gab – the Irish love a gossip

When asked what else she could reveal about the upcoming season, O’Neill revealed she didn’t know too much.

In true Ma Mary fashion, she explained she wasn’t given the scripts because of her tendency to gossip.

She explained, “They wouldn’t give the scripts to me because I can’t hold my own water. I can’t be relied on not to tell people what’s going to happen. I’ll be the last person to get the script because they know what I’m like telling everybody!”

Information about what is in the script for season three is being kept on the down-low. So, we can’t wait to see what’s in store from the Derry Girls next.

At least we have a date for the diary as the Derry Girls star confirms season three is to air early next year.

The last season – end of the road

Although we can’t wait for the third season to air, it comes with a bittersweet feel. Speaking on The Jason Manford Show, Tommy Tiernan (Da Gerry) revealed he thinks this will be the final season.

However, O’Neill revealed that she is currently trying to convince Lisa McGee, the brains behind the operation, to write a spin-off revolving around the show’s older characters. 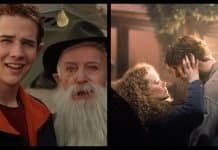