With coffee shops popping up by the dozen over the Irish capital in recent years, it’s no surprise the people of Dublin can’t go a day without their caffeine fix.

A new survey by coffee experts Brew Smartly has revealed that Dublin is the second most ‘coffee obsessed’ capital in the world.

With 181 coffee shops per 100,000 people, Dublin has the second-highest concentration of coffee shops per person in the world. The Irish capital came second only to Pago Pago, the capital of American Samoa.

Coffee addicts – a great way to start the day

The cosmopolitan Irish city is known for its fast pace, student culture, and business way of life. Thus, it is really no surprise that Dublin ranked as the second most ‘coffee obsessed’ capital in the world.

However, we must point out that even with 181 coffee shops per 100,000 people, it doesn’t quite reach the concentration of pubs in the city. Dublin is home to an impressive ratio of one pub per 1,743 people.

Average coffee ratings – where to get the best cuppa

The Irish are typically known as tea drinkers. Therefore, it may shock some to discover that Dublin is ranked the second most ‘coffee obsessed’ capital in the world.

Each city was scored on the average rating of a cup of coffee in the city. Brew Smartly also looked at the concentration of shops per 100,000 people, and the import value of coffee per capita.

When it comes to continents, it seems clear that Europe is a must-visit for the coffee addicts among us. An impressive eight of the ten most ‘coffee obsessed’ cities are European capitals.

Approximately two billion cups of coffee consumed daily. Thus, we can be proud to call Dublin the second-most ‘coffee obsessed’ capital in the world.

Revealing the findings of their study, Brew Smartly wrote, “A city renowned for its love of Guinness is bound to need easy access to caffeine for the morning after.

“Luckily for residents and visitors of Dublin, there are 181 coffee shops per 100,000 people, making the search for a brew effortless.

“These coffee shops receive an average rating of 3.91 out of five. This shows there is not just an abundance of coffee in this capital, but you can count on it being good too.

“For this, Dublin receives an overall score of 7.95 in our Coffee Index and is the second most coffee-obsessed capital in the world.”

The full list – the most ‘coffee obsessed’ capitals in the world

Topping the list of ‘coffee obsessed’ capitals is unsurprisingly Amsterdam. Then, Bern in Switzerland and Paris in France coming in joint third.

Lastly, Wellington in New Zealand is named the tenth most coffee-obsessed capital in the world. 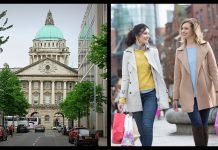 Northern Ireland is offering everyone £100 in shopping vouchers – are you eligible? 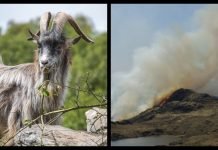 Old Irish goats are moving to Dublin to prevent wildfires