Unless you’re an expert on everything Irish, there will probably be many facts about Munster you never knew about or were aware of.

Naturally, there are many fascinating facts to learn about this ancient Irish province, many of which may surprise you, taking you on a fascinating journey through Ireland’s largest province.

In this article, we will list what we believe will be the top ten most fascinating facts about Munster you never knew.

10. Munster was once three kingdoms – a fractured province

The three crowns on the flag of Munster represent these three late kingdoms.

9. The formation of the Munster Republic – a short-lived republic

The province of Munster has often been affected by critical Irish events such as the Irish War of Independence and the Irish Civil War, during which there was even a short-lived Munster Republic.

8. Munster has produced many famous Irish leaders – from good stock

The famous Irish leaders Michael Collins and Daniel O’Connell both come from the old Gaelic Munster gentry families. They are unforgettable figures of Irish history.

7. Munster has a long history of trade and cultural links with continental Europe – give and take

The province of Munster has historically had strong links with continental Europe in terms of both trade and culture. From importing wine from as far south as Gascony in France to religious ties with Germany, the construction of the ceremonial capital at the Rock of Cashel.

6. Munster had one of the best-regarded educational schools in Europe – a place of higher learning

The School of Ross in Munster was once regarded as being one of Europe’s leading centres of learning during the Early Middle Ages.

5. There are approximately 35,000 Irish language speakers in Munster – speaking the native tongue

There are currently about 35,000 Irish language speakers living in Munster, with almost 10,000 living in the Munster Gaeltacht areas of Kerry, Waterford and Cork.

4. Munster has a proud tradition of Hurling – Ireland’s favourite pastime

Munster has a long and proud tradition of Hurling and has proven to be the most successful province at the sport over the decades.

Three of the four most successful teams in the All-Ireland Senior Hurling Championship are from Munster (Cork, Tipperary and Limerick).

3. Munster was once the home of the Iverni peoples – of the most fascinating facts about Munster you never knew

In the early centuries AD, Munster was once the realm of the Iverni peoples and the Clanna Dedad familial line led by Cú Roí and where the king Conaire Mór also belonged.

2. The Irish language is spoken as a first language in Irish speaking areas – Ireland’s language

The Irish language, or more specifically Munster Irish, is spoken as a first language in Irish-speaking areas in the province known as the Gaeltachtaí.

1. The famous Irish high king Brian Boru was once first the King of Munster – a king amongst men

In first place in our list of what we believe will be the top ten most fascinating facts about Munster you never knew is the famous Irishman Brian Boru (c. 941 – 23 April 1014).

He is remembered as being the Irish king who ended the domination of the Uí Néill clan in Ireland and helped to drive the Vikings out of Ireland was once the king of Munster.

After becoming King of Munster, he then subjugated Leinster and Ireland as a whole when he became the High King of Ireland. He then founded the O’Brien dynasty and is still regarded today as one of the most successful and influential monarchs in medieval Ireland.

Christianity in Munster: During the 5th century Ireland’s patron saint, Saint Patrick, spent several years in Munster and founded many Christian churches and ordained many priests. These actions helped bring Christianity to what was at the time more of a pagan land in terms of belief.

FAQs about facts about Munster you never knew

What is the population of Munster?

According to the latest statistics, the population of Munster is estimated to be approximately 1.28 million people.

Is Munster the biggest province in Ireland?

Yes, in terms of the area in which Munster covers 24,229km2, it is considered the largest of Ireland’s four provinces.

How many counties are there in Munster?

Is rugby played in Munster?

Yes, the Munster rugby team are one of the best in Irish rugby and the world. They play their home games in Thomond Park, Limerick city. Paul O’Connell was a rugby player who played for Munster. 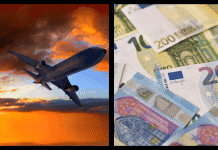 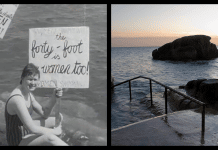 On this day: Irish women protested men-only bathing at the Forty Foot