These are some of Ireland’s Greatest-Ever Robberies and Heists.

Until the mid-1960’s armed robbery was very rare in Ireland. During the early 1920’s and again in the 1940’s the IRA did carry out some armed raids in order to fund their activities in both Ireland and the UK, but these were small scale.

From the mid-sixties, the country saw the beginning of a blossoming drug trade and a coupling with this of a rise in armed robbery.

In this feature, journalist Ger Leddin looks back at five of the most audacious heists ever undertaken in Ireland. 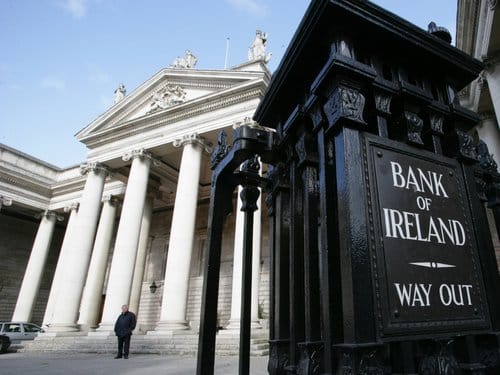 On the night of the 26th of February 2009 junior bank official, Shane Travers sat alone in his girlfriend’s hose watching TV as his girlfriend, and her mother went shopping.

When the women accompanied by a five-year-old nephew arrived home, they were sprung upon by a gang of six heavily armed and masked men who had been lying in wait in the garden.

The family were held at gunpoint overnight. Early the following morning the women and the child were driven away and held at Ashbourne Co Meath.

Travers was given a mobile phone along with a picture of his own family also being held at gunpoint and ordered to drive to his place of work and fill four laundry bags with cash in mixed denominations.

The photograph was to be used to convince his colleagues of the seriousness of the situation and pressure hem into helping him.

Travers then drove as ordered, with the cash to Clontarf Road Railway Station where he met with a gang member who took both the cash and Travers red Toyota Celica. The car was later discovered burnt out in Glasnevin.

It was only at this point that the Gardaí were notified.

The other family members were able to free themselves and walk to a nearby Garda station.

It later emerged that €7.6 million had been taken in the robbery.

In the aftermath of the robbery/kidnapping, the lack of adherence to bank and gardaí standard protocols was criticized by the then Justice Minister Dermot Ahern who commented “Criminals are going for the line of least resistance, the human connection as it were. Given the fact there is so much detailed technology available to financial institutions; the line of least resistance is the human being.”

Over the course of the following months Gardaí carried out a series of raids and vehicle interceptions on members of a notorious Dublin gang who were suspected of carrying out the heist and a substantial sum of the money has been recovered.

Russborough House is a stately home between the towns of Blessington and Ballymore Eustace in County Wicklow. Bought in 1952 by Sir Alfred and Lady Beit and used to house their extensive and extremely valuable art collection.

Russborough House is reputed to be the longest stately home in Ireland, and unfortunately, it also has the reputation as one of the most robbed.

In 1974, when an IRA gang, which included British heiress Dr Rose Dugdale, stole 19 paintings at a value of £8m.

The haul included a Vermeer, a Goya, two Gainsboroughs and three Rubens. Sir Alfred Beit, then 71years -old and one of his staff were struck with revolvers and tied up in the library as the gang cut rare paintings from their frames.

The IRA’s plan was to ransom the paintings for the transfer of four of its members from English jails back to Northern Ireland.

Eleven days later in a rid on a cottage in Glandore Co. Cork Gardaí recovered all the paintings. English millionaire’s daughter Dr Rose Dugdale was jailed for nine years for her part in the robbery.

Twelve years later in May 1986, £30m-worth of paintings was stolen by Dublin criminal Martin Cahill.

This was considered to have been one of the biggest art heists ever and resulted in a major international police operation; most of the paintings were recovered in Britain, Belgium and Turkey.

Cahill was unable to sell the paintings and approached loyalist paramilitaries who brought a Metzu miniature to Turkey. A Turkish Police sting resulted in three of the men being arrested.

In addition to the two major thefts at Ruborough mentioned above, two additional robberies of smaller and less valuable amounts took place subsequently in 2001 and again in 2002. 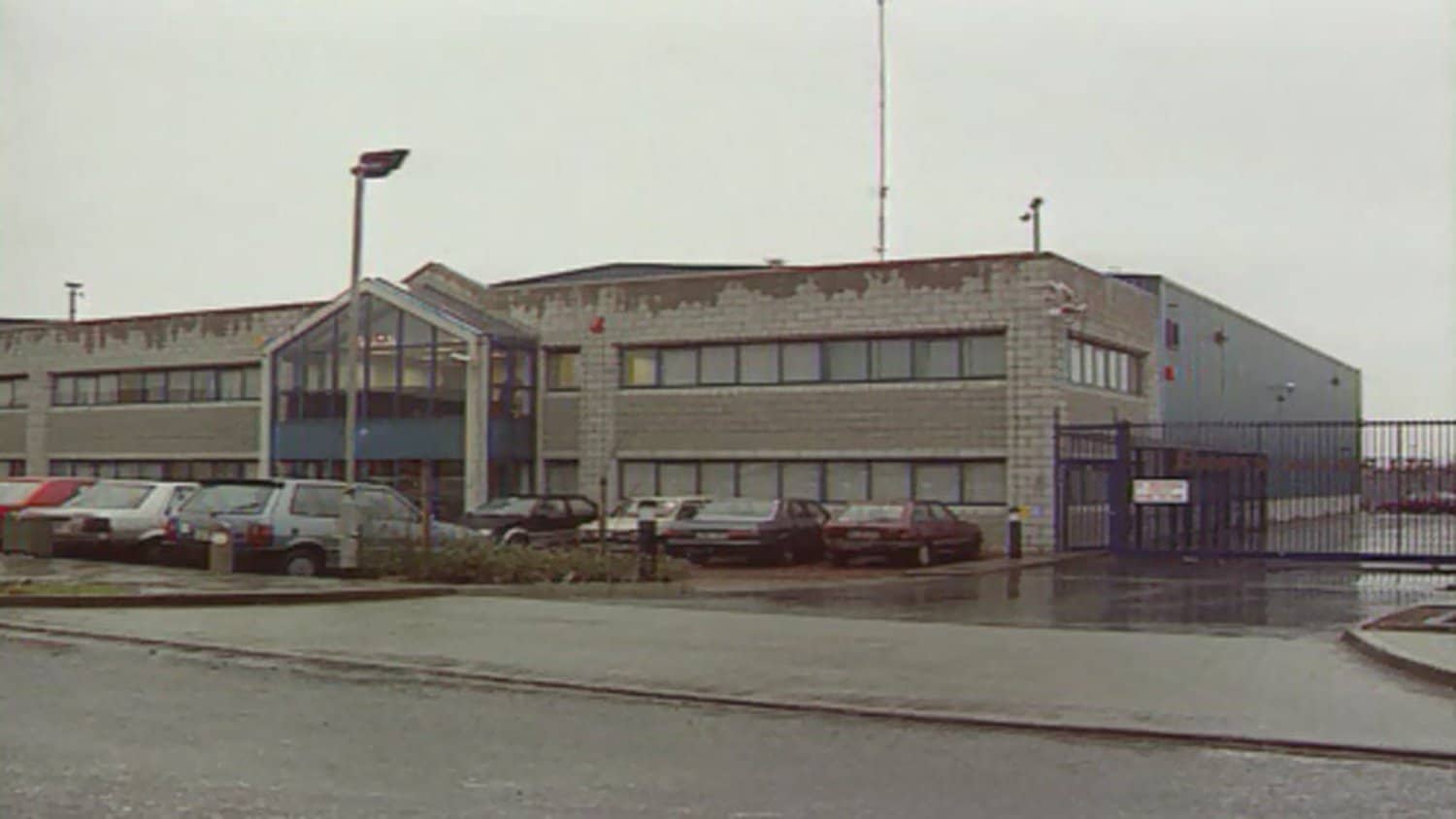 On the 24th of January 1995 a group of five men pulled-off one of Ireland’s most daring and well-planned raids which literally only involved them spending one minute on the premises.

Almost three million Euros was taken by the raiders.

A security van had just left its Garda and Army escort and was being unloaded of its cash at what was thought to be a secure base in Santry Dublin when the raiders struck.

The security van had spent the day collecting used bank notes from banks in the Dublin area.

The gang had removed bolts and cut through two fences as well as laying a plank bridge across a ditch in order to drive their stolen blue Jeep into the security facility where the cash was to have been transferred to and stored in vaults.

Once inside the compound, the gang overpowered staff and four shots were fired.
The gang quickly loaded their jeep with the cash and made their getaway toward Dublin Airport. 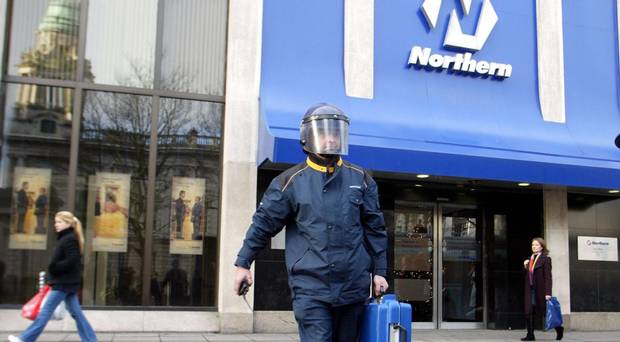 On the twentieth of December 2004, the headquarters of the Northern Bank in Belfast City was robbed. An amount totalling 26.5 million pounds sterling was taken in what was Ireland’s most audacious bank robbery ever.

It is obvious from police reports that the gang responsible for carrying out both the tiger style kidnappings and the robbery itself had been planning the crime for months prior to that date. 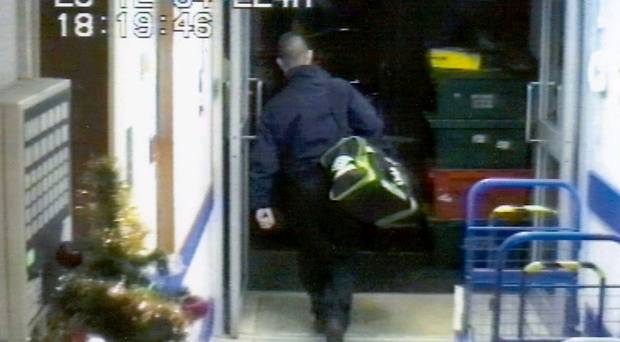 Junior bank official Christopher Ward was watching television with his parents and girlfriend when gunmen broke into to his house and threatened his family. Ward was then driven to the home of the bank’s senior official Kevin McMullan while his family remained hostage.

McMullen’s wife was taken from her home to an unknown location and kept at gunpoint.
Both bank officials were given mobile phones by the robbers and told to go to work the following morning as normal.

During the course of the day, gang members kept in touch with both McMullen and Ward via the mobile phones. At lunchtime, Ward was ordered to remove a sum of money, thought to be around one-million, and carry it to a nearby bus stop in Queen’s Street where he handed it over to one of the robbers. This act was seen to have been a test-run for what was to follow.

Later that afternoon acting under instructions from the gang McMullen informed his staff that as it was nearing Christmas, they could finish work and leave early. This left only him and ward along with two security staff in the bank.

Telling the security staff that they were arranging to get rid of some rubbish, Ward and McMullen proceeded to load crates of bank notes on to trolleys, covered them with some broken furniture and using the banks internal lift carry them to the loading bay at street level where they were met by members of the gang who after loading the cash drove away.

Sometime later the gang returned, and the same procedure was carried out, again the gang drove away, leaving McMullen and Ward to tidy up and return home.

On finding his family, safe Ward contacted the PSNI, and the police action commenced. McMullen’s wife was released a short time later.

Despite years of investigation by police forces both north and south of the border and while some convictions for money laundering have taken place and a small amount of the cash recovered no successful prosecutions have taken place, and the gang is still at large.

Police and political figures both in the North and South have openly alleged that the robbery was carried out by the IRA, but this has always been denied by Sinn Féin.

5. Theft of a Lord of the Dance’s Rhino Horn 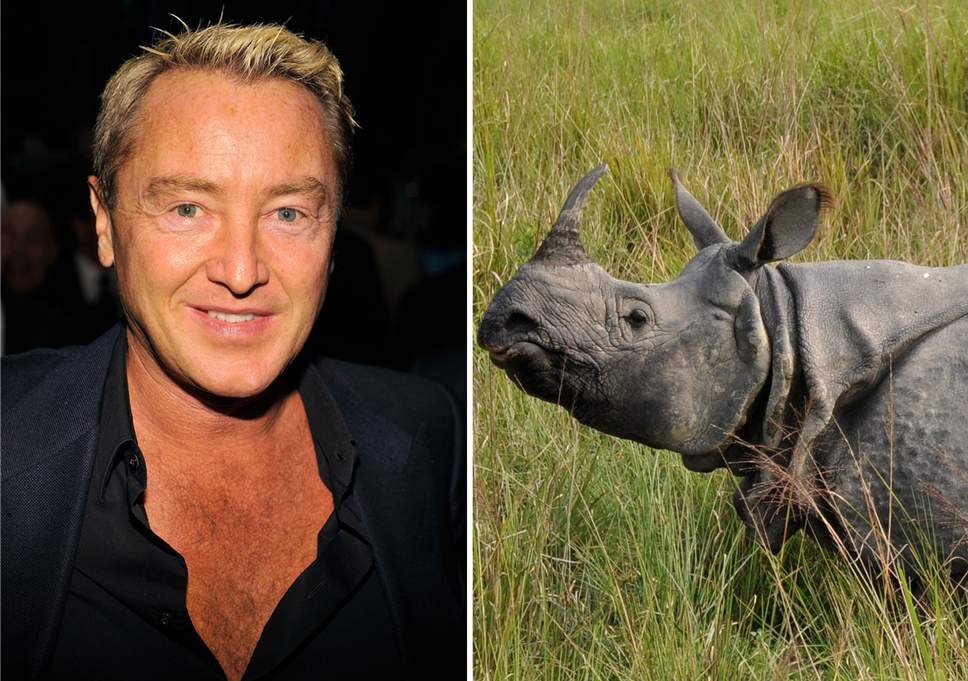 The area surrounding Fermoy in County Cork is normally a quiet rural and scenic area. This may be one of the reasons leading to Riverdance star Michael Flatley’s purchase of Georgian Palladian mansion, Castlehyde for €4.5million in 2001 and spending an estimated €30million on its refurbishment over the following years.

However at 6.20pm on Monday the 27th of January 2004, Flatley’s peace and tranquillity was disturbed when he heard noise coming from a second wing in his house.

On investigation, he saw a group of darkly dressed men running from his house.

Flatley immediately called the Gardaí and armed detectives were on the scene within minutes, but the gang had already made their escape.

Flatley owned a substantial art and rare book collection but it became apparent that the gang’s target was a rhino horn which the dancer had displayed in one of the rooms — this was missing.

Gardaí immediately suspected that a County Limerick based criminal gang may have been responsible for the theft of the horn which was valued at between €200,000 and €400,000.
It may be that the theft was linked to a robbery which took place in Dublin the year before when four similar horns were stolen from a property belonging to the National Museum of Ireland.

While the Castlehyde break-in was by no means a major theft it did receive significant media coverage both in Ireland and internationally due to the celebrity status of Flatley and suspected links to rhino horn smuggling to satisfy a growing black-market demand in China. 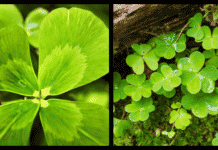 The difference between a four-leaf clover and a shamrock 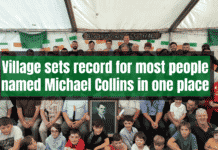 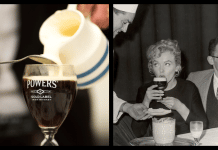 The history of the Irish coffee, Ireland’s famous drink