In the event of a, No Deal Brexit and a return to power of a stronger Conservative led government the likelihood of fox hunting in the UK regaining its legal status will increase.

Fox hunting was made illegal in England and Wales after the passing of the Hunting Act in 2004.

The Hunting Act was introduced by Tony Blair’s Labour government and went someway to curb what some see as a harmless rural traditional rural activity.

The Conservative Party has often been considered to be on the whole in favour of the sport.

Former Prime Minister and Leader of the Conservative Party Teresa May made it clear she personally supported bringing back the countryside sport.

“This is a situation on which individuals will have one view or the other, either pro or against. As it happens, I have always been in favour of fox hunting and we maintain our commitment as a Conservative Party to allow a free vote.” She said as prime minister.

The Master of Hounds of the Derbyshire Fox Hunting Association Mr Clive Dudley-Smyth said in a recent interview with the Fox Gun and Hound magazine. “We look forward to Britain ridding itself of the yoke of those blasted European silly regulations. The hunting down and slaughter of foxes has long been a part of the great British tradition.”

Mr Dudley-Smyth went on to say,” The social rituals around fox hunting are important to us.”

He explained, “There is nothing more rewarding for a hunt master than to smear the blood of a fox on the face of a newly initiated young hunt follower. It’s part of the fabric of English upper-middle-class society. It is part of who we are. We look upon hunting and its associated rituals as a way of preparing our teens to take their proper place in society.”

“The ritualistic cutting off of the tails, feet and head of the fox’s carcass then throwing them to the hounds, well, it has been part of our tradition for generations,” he added.

The Situation as it stands

“As it stands at the moment the 2004 Act prohibits fox hunting unless carried out under various exceptions to the Act.” He said.

“One of those exceptions is that it is permissible to flush out a fox by using a bird of prey. This puts our members to the unnecessary trouble of carrying a bird of prey with them while hunting. And to be honest it’s not really fair on the caged canary — many of our members are bird lovers.” He added.

Meanwhile in Ireland has learned that if the Labour Party were to form the next UK government and strengthen the 2004 Hunting Act, this would have knock-on benefits for Irish tourism both north and south of the border.

An Irish Tourism Board official told us, “As it stands fox hunting is totally legal on the Island of Ireland. We intend working closely with our NI counterparts to promote Ireland as a unique holiday destination — a sort of a one-stop bloodletting paradise.” He said.

A spokesperson for the Irish Association against Blood Sports declined to comment. 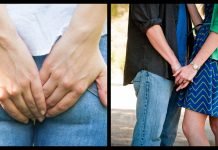 Openly farting in front of a partner leads to a longer and healthier relationship, study reveals 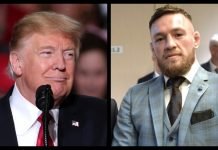 Dublin ranked second most ‘coffee obsessed’ capital in the world