Irish jokes may be renowned for being naughty and crude at times, but we’ll have you know that there are, in fact, kid-friendly Irish jokes out there. To prove it, here are ten hilarious Irish jokes for kids.

Once in a while, we like to keep our sense of humour clean, and the results are hilarious. What’s the best way to keep kids entertained all day long? Tell them jokes, of course!

Kids love to laugh, and it’s best to start them early with the Irish joke material. Sure, that’s how Irish humour has been engrained in our culture, isn’t it?

Whether it is to keep the kids entertained at a birthday party, a weekend out at the beach, or even a regular weeknight in front of the telly, check out these jokes that are suitable for all the family, especially the little ones in your life.

After all, they say laughter is the best medicine, so the Irish must be a pretty healthy nation, considering how many jokes we tell on a daily basis.

You could stretch it a little to say that a joke could be one of our five a day, so let’s keep the kiddies healthy by keeping them giggling. Get the whole kiddy crowd laughing any day of the week with these Irish gags, and you’ll thank us later.

Here are ten hilarious Irish jokes for kids that will guarantee laughter.

10. The dancing leprechaun – this couldn’t be more true

Why do leprechauns hate running? They’d rather jig than jog!

What’s an Irishman’s favourite room in the house? The Paddy O’!

Why is it difficult to borrow money from a leprechaun? Because he’s always a little short.

7. The superhero – the best there is, according to Paddy

6. The money river – now don’t all head there at once

Why does the River Shannon have so much money in it? Because it has two banks.

5. The jealous shamrock – you’ll spot him a mile away

How can you spot a jealous shamrock? It’s green with envy.

What was St. Patrick’s favourite kind of music? Sham-rock and roll.

3. The angry leprechaun – be patient with the little men

Why are leprechauns so hard to get along with? They’re very short-tempered.

Why did St Patrick drive all the snakes out of Ireland? Because he couldn’t afford the train fare.

What is Dwayne Johnson’s Irish nickname? The Sham-Rock.

So if your kids didn’t laugh at any of the jokes listed on our ten hilarious Irish jokes for kids list, it’s probably because you were telling them wrong. After all, these are downright funny, from a child’s point of view anyway.

Of course, there are hundreds more jokes out there suitable for the little ones, many revolving around St Paddy, leprechauns, and shamrocks, but why not inspire them to come up with their own joke? You never know; you could be creating the next generations Tommy Tiernan.

Not only are the jokes we share with the kids hilarious, but they also give them an insight into Irish history, mythology, and fairytales that Ireland is famous for – and what child doesn’t like to know about pots of gold at the end of the rainbow or little angry green leprechauns living in the countryside?

These are some of our favourite hilarious Irish jokes for kids, but realistically it’s hard to narrow them down, considering there are endless Irish jokes around.

Can we honestly imagine an Ireland without laughs and banter? No, of course not. That’s what makes society so witty and social.

So the earlier a child starts hearing and repeating Irish kids jokes, the better it is for Irish society. Are we right, or are we right?

Kids are all about the silliness and fun, and Irish kids are no different, so get them giggling at as many Irish kids jokes as you can, and you’ll have them laughing for hours, we guarantee it. 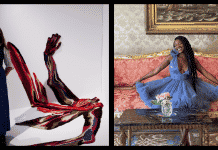