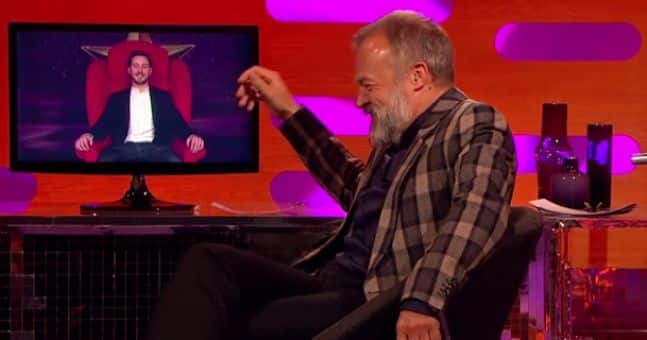 The video has now racked up over 1 Million views and everyone is loving it!

An Irish man from Mayo, James Geraghty, who works in London as an aeronautical engineer ended up on the red chair on the Graham Norton Show.

The BAFTA Award-winning comedian Graham Norton hosts this long-running, eponymous talk show on which he discusses the people, trends and news stories that interest him the most.

As you’d expect from a comedic talk show, Norton performs a monologue and other comedy sketches, which include eccentric stories and characters, while welcoming celebrity guests and musical performers.

Among the guests on the Norton Show on the evening of this clip included Gregg Davies, the hilarious school principal in the hit TV Show, The Inbetweeners.

On the Red Chair, James starts by telling a classic tale of a time he was at a family wedding. His family was already there at the wedding and James was running very late, so his family left the key out for him at the reception.

After getting the key at reception, James had a shower and got changed for the wedding before joining the rest of his family at the wedding downstairs.

After the wedding, he crept back to his room at 3 in the morning but when he turned on the lights, it wasn’t his family who were in the room, there were four freaky people in the room doing some naughty things.

As we don’t want to give anything away that could ruin the amazing story, just sit back and watch the clip and you’ll have a good laugh! 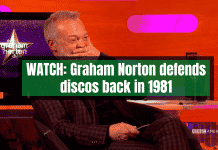 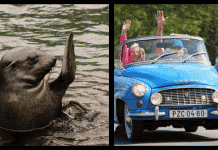