Actress Emilia Clarke is well-known for her portrayal of Daenerys Targaryen in the hit show Game of Thrones.

Clarke is known for her talents in mastering different accents. However, we aren’t so convinced she’s got the Irish lilt down just yet.

A hilarious attempt – she gave it a good go

Host Jimmy Fallon challenged Clarke to show off her talents with accents. He asked her to recite the lyrics to Olivia Rodrigo’s hit song ‘Good 4 U’.

However, the challenge came when Fallon revealed the actress had to recite each line in a different accent.

A difficult challenge – with hilarious outcomes

The video showing G.O.T. actress Emilia Clarke attempting an Irish accent is well worth the watch.

Before having a go at Irish, Clarke tries her hand at various accents from around the world. We admit, we were impressed by her attempts at the New York tone and the typical Californian Valley Girl’s voice.

Trying the Irish accent – still a long way to go

Closing out the lyrics to ‘Good 4 U’, we see Emilia Clarke attempting an Irish accent.

Having a good go at the Irish cadence, Clarke finishes strong, saying, “Well, I guess, good for you,” while cracking open a can of Guinness.

Despite her time spent in the North filming for Game of Thrones – and no doubt meeting plenty of locals along the way – we aren’t convinced that Clarke has fully nailed the Irish accent yet.

And to be honest, we can’t really blame her. It’s a difficult accent to get right.

Not the worst attempt – plenty of failed goes

Even though Emilia Clarke’s attempt at the Irish accent managed to give us all a good giggle, we have to give it to her. It wasn’t the worst attempt we’ve ever seen.

Among the forerunners for the worst attempt at an Irish accent is Gerard Butler’s hilarious Irish accent in the movie adaptation of Cecelia Ahern’s bestselling novel P.S. I Love You.

When it comes to terrible Irish accents, we couldn’t forget to mention Tom Cruise in the 1992 film Far and Away.

Honourable mentions go to Brad Pitt in both Snatch and The Devil’s Own, Sean Connery in The Untouchables, and Russell Crowe in A New York Winter’s Tale. 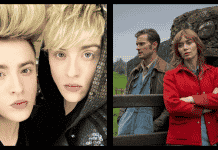