Actor Paul Rudd is recognisable for his roles in hit films, such as Ant-Man, Clueless, and Ghostbusters: Afterlife. Now, however, the actor has revealed a brand new revelation.

Paul Rudd is one of the biggest names in Hollywood, with over 120 acting credits across his 30-year career.

What many may not know about this Hollywood icon, however, is that he is the proud owner of his very own Irish pub. Yes, you read that right!

The eternally youthful 52-year old actor revealed the secret in an interview with New York Magazine, where he told thestory of how he came to own the pub.

Read on to find out everything we know about Paul Rudd’s private Irish pub below.

An unexpected revelation – how the Irish pub came to be

Speaking to New York Magazine, Paul Rudd explained how he came to be in possession of his very own Irish pub. And the heartfelt story makes us love the Hollywood star even more!

Rudd and his family spend many summer weekends at their home in Rhinebeck, New York. He explained to the magazine that he converted the basement into “a full-on authentic Irish pub”.

The actor’s first son, Jack, was born in 2006. Upon his birth, Rudd’s own father Michael told the actor, “I want my grandson to own his own Irish pub.”

We don’t know about you, but we’d be pretty stoked if our grandparents decided to gift us our very own Irish pub!

It was Michael that first came up with the idea for the family to have a private Irish pub. So, he went ahead and built one in his home in Kansas City.

The plan was for Michael to move out to Rhinebeck, so he and Paul could build a pub there together. Unfortunately, however, Michael got cancer and died in 2008, so the dream was never fulfilled.

However, to honour his father’s dream, Paul took it upon himself to build the Irish pub. After a year of working with contractors, the basement Irish pub was up and running.

“It’s called Sullivan’s,” he revealed. “I’ve got Guinness on tap and everything.”

Named Sullivan’s, taken from his son Jack’s middle name, the pub is now fully functioning. However, it’s not open to the public, so don’t be hoping to pop in and have a drink with the Rudd’s.

We bet that Jack, now 16, will enjoy a few pints of the black stuff with his dad once he comes of age, paying the perfect tribute to his late grandfather.

In 2019, Rudd starred alongside Irish actress Aisling Bea in the Netflix comedy-drama Living With Yourself.

The series sees Rudd take on the role of Miles Elliot, who undergoes a mysterious treatment to become the ‘best version of himself’. However, as you can expect, things don’t go to plan.

Hilarious and heartfelt, the show has proven popular with fans from all over the world. Personally, we can’t wait to see what Rudd does next. 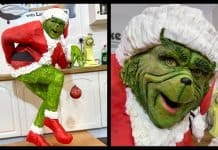