A North Dublin businessman whose only declared income is that of the owner of an ice-cream van admitted today that “business is booming,” allowing him to buy his second mansion outright for cash.

Ned O’Connor who operates a mobile ice-cream van in the Coolock area of North Dublin made the admission last night during a celebratory meal with family, friends and colleagues at one of the city’s best-known restaurants.

O’Connor took a group of twenty out for a meal to mark the occasion of his purchase this week of his second six-bedroomed home, believed to be in the plush Ballsbridge area. O’Connor has a similar property on Howth Hill.

Allegations that O’Connor may be selling more than Ice-cream first emerged after local Coolock residents began to notice oddities in O’Connor’s selling techniques.

Mary O’Doherty is the chairperson of the Coolock concerned parents and orchid growers group.

She told Meanwhile in Ireland’s crime correspondent Paul Darnels,” We first noticed things were a bit odd when instead of playing Greensleeves as a jingle, O’Connor would role up and belt out the opening bars of Eric Clapton’s Cocaine.”

“Who Buys a Choc-ice at Night?

“Another strange thing was that he operates mainly at night, winter and summer and normally locates himself in the local nightclub car park. I’ve heard of people getting an occasional sixty-nine in a nightclub car park but never a ninety-nine.” The sixty-six-year-old granny told us.

We caught up with O’Connor as he left the city centre restaurant at about midnight last Saturday and put some questions to him.

We first asked him how he explains the massive business he seems to conduct especially late on a winter’s night.

“Well, there is no accounting for taste; you must remember that we’ve had a very long hot summer which people enjoyed. I suppose after the nightclubs close they just want to recapture that ‘summer feeling’ — or maybe it’s the special sprinkles that I shake on top of the ice-cream. It seems to give them the buzz to keep on dancing.” He said.

“I’ve also started an ice-cream home delivery service, specially designed for people who are throwing parties. I call it Insta-gram.” He continued.

“It’s Ideal when you get a few friends dropping around, you call and Insta-gram delivers right to your door. I have a few young-fellas who do the actual deliveries — I let them have a few choc-ices for themselves.

“So, in a way, I’m giving employment to the youth of the area. We also sell Rizzla Papers as an added benefit for our client base.” He reminded us.

As We Go to Press

As we go to press, we have received a notification from O’Connor’s solicitor informing us that both properties are registered to associates of Mr O’Connor.

The Howth Property is registered to his wife and the Ballsbridge property to a young female acquaintance.

Mr O’Connor denies owning a bullet-proof BMW and his solicitor also informs us that Mr O’Connor finds that wearing a kevlar vest is good for his back.

Mr O’Connor is currently holidaying at his villa in Marbella and unavailable for further comment. 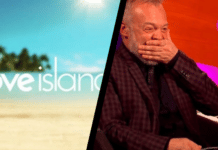 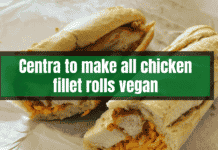 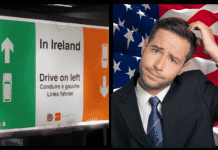