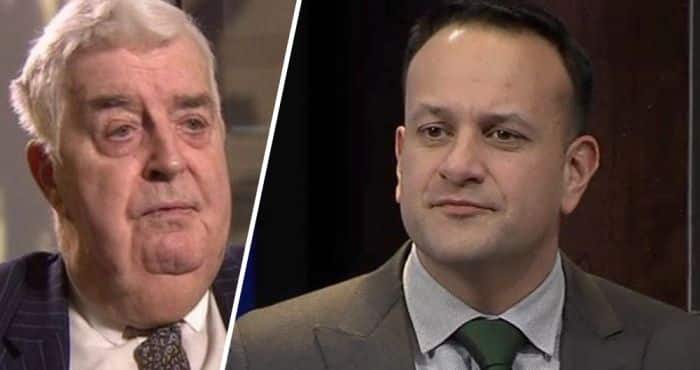 A British Lord and the former deputy leader of the Ulster Unionist Party (UUP) has been accused of racism after labelling Taoiseach Leo Varadkar a “typical Indian” on Twitter.

John Taylor (Lord Kilclooney) made the controversial remark in a Twitter reply to a BBC headline about Mr Varadkar’s visit to the north.

The headline of the article referred to a claim by DUP MP Jeffrey Donaldson that the Irish PM displayed “poor manners” for visiting the north without informing a local representative. 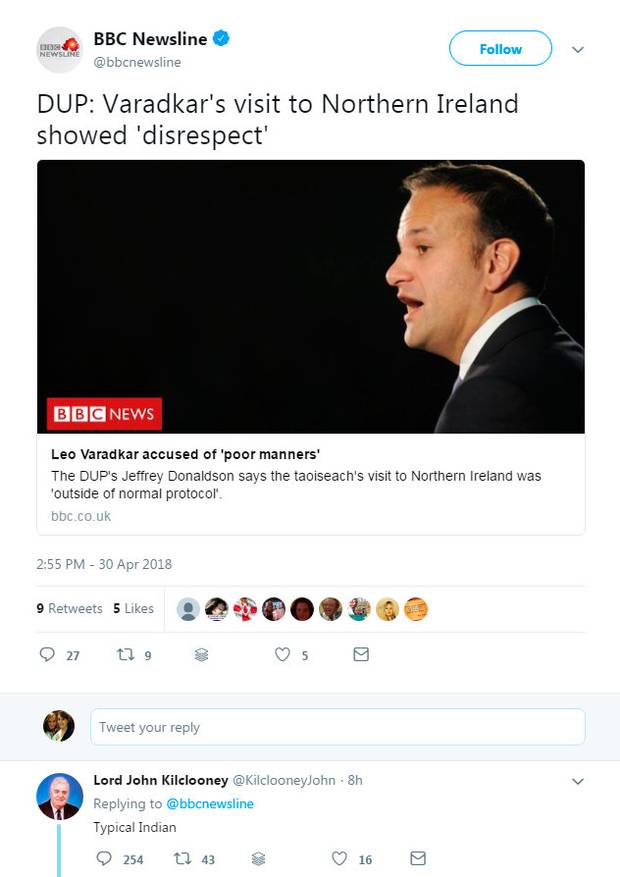 The comment has been met with a massive backlash online, with a number of people branding the 80-year-old “jealous” and “disgusting”.

Sky News’ Ireland correspondent Darren McCaffrey tweeted: “Sorry but how is this man allowed to sit in the House of Lords? Another racial slur from Lord Kilclooney”.

Back in November, Kilclooney was criticised for referencing Mr Varadkar as “the Indian”, again on Twitter.

The peer later claimed his tweet was “not racist” but “shorthand for an Indian surname which I could not spell.”

Lord Kilclooney also hit the headlines five months ago when he said that Co. Donegal should join the United Kingdom.

Kilclooney defended himself after he tweeted: “It is not racially abusive as [Varadkar] himself has confirmed he is half Indian. That is great and not to be dismissed as the Indians are a great race.

“However he has damaged North/South relations by being continually offensive and provocative to the Unionist majority in NIreland.”

Leo Varadkar was born to an Indian father and Irish mother who met while working at a hospital in England. However, he was born in Dublin, Ireland.