Five priests from County Mayo are set to take a case for breach of civil rights to the High Court because they were mistakenly taken for a stag party and refused entry to a pub in Kilkenny.

The incident occurred last weekend at The Brazen Head Bar in Kilkenny City. The priests were in Kilkenny attending the AGM of the St. Vincent de Paul affiliated charity groups. They were representing five of their parishes in the Diocese of Mayo.

A spokesperson for the group, Fr Dominic O’Reilly, issued a press statement to media outlets in which he described the barring of himself and four other priests as a deplorable act of “blatant racial profiling”.

Fr O’Reilly, who is based in Ballyhaunis, County Mayo, described what, in his opinion, happened on the night. “Well, it’s the kind of thing you read about in the papers that normally only happens to members of the travelling community or refugees or even occasionally to people with North Dublin accents.

“But you’d never think five Irish priests would be refused entry into a pub in Holy Ireland. It just goes to show how things have changed and not for the better,” he told reporters.

Dropped by the local bar

“The five of us had just finished celebrating a mass for the local Legion of Mary. It was the feast day of Saint Martha of Toulouse and some of the women in the legion have a great devotion to St Martha.

“Anyway to make a long story short, we decided to drop into the Brazen Head on the way back to the hotel. It was about five in the afternoon and we thought we might get the second half of the match on TV.”

Accused of not being real priests

“Lo and Behold!” he continued. “When we got to the door these two bouncers wouldn’t let us in. They accused us of not being real priests at all but a shower of lads down for a stag party. I’m telling you it knocked the wind right out of my sails, it did.

“We tried to convince them that we were real priests not just five lads dressed up. I showed him the jet-black socks and all – but to no avail.”

Fr O’Reilly told us that the group were “going to take this all the way to the highest court in the land” and added: “It’s ok for these minority people being refused entry — they’re used to it. But it came as a shock to us. Jaysus gone are the days when the Roman collar guaranteed you a bit of respect.”

Meanwhile in Ireland news has learned that The Brazen Head, like many pubs and clubs in Kilkenny, is refusing to serve stag night parties due to some unsavoury incidents which have occurred in the past.

We also learned that the five priests spent two hours outside the pub trying to convince the door staff that they were in fact real members of the clergy. Fr O’Reilly told us: “We even offered to tell the bouncers the fourth secret of Fatima — Fr Murphy even offered to WhatsApp the Papal Nuncio.”

The Kilkenny branch of the Legion of Mary is holding a cake sale next Tuesday to help offset the Priest’s legal costs. Meanwhile in Ireland has been informed that all are welcome. 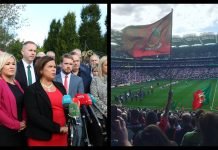 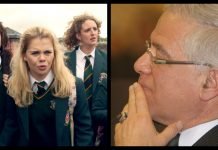 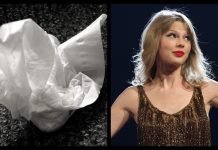