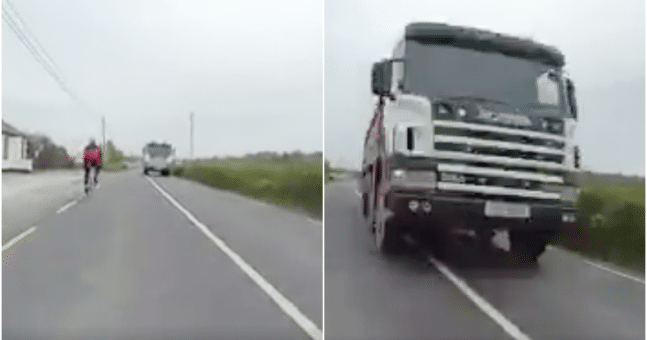 This video has made a lot of people uneasy.

Three Irish cyclists got very lucky in a recent near miss with an oncoming lorry along a rural Irish road.

Footage of the incident, which happened in north-west Ireland, emerged online and it has gotten a lot of people talking about it.

The Facebook page of the Irish cycling website, The Sticky Bottle, uploaded the video and it has since been viewed over 60,000 times. It just goes to show how dangerous the roads can be. Thankfully nobody was hurt!

Two Irish riders and an oncoming lorry; two days ago