After yet another attack using a construction digger on an automatic teller machine on the Island of Ireland — the latest being in the north – education authorities on both sides of the border announced today the implementation of an all-out ban on the use of toy diggers throughout nursery schools in Ireland.

At a hastily convened press conference held in Buswells Hotel Dublin representatives of the Gardai, PSNI, and education authorities of both the North and Republic of Ireland outlined plans to introduce a bilateral, cross border, multi-agency joint task force initiative to combat the rise of these particular types of crimes.

A PSNI spokesperson — who incidentally seems to be spending quite an amount of time in Dublin lately since the appointment of the new Garda Commissioner and using a Belfast to normal English translator — told the assembled media that an all-out ban on the use of plastic diggers in play-schools was considered advisable and urgent.

“We see the preoccupation of children with these faux plastic construction toys as the thin edge of the wedge.” He said, then continued,

“Aye, we’ve seen it during the troubles in Northern Ireland way back in the sixties when the Shinners used to train their children from an early age using plastic guns under the pretext of playing cowboys and Indians and look where that led to. We don’t need that kind of shite to re-emerge.”

A Garda spokeswoman — a pretty young-slip-of a thing from Kerry who once won the Rose of Tralee — went on to say, ” Garda Intelligence (Editors Note: Garda Intelligence, now there’s an oxymoron) leads us to believe that some notorious North Dublin gangs are using the facilities and toys at playschools to train younger family members in ATM raids. It simply has to stop.” She said.

When you consider that the government grand aids through tax rebates the attendance of many of these kids at the pre-schools, what you basically have is Caesar training future criminals to rob Caesar…It’s fecking not on!”

She shouted while banging the lectern and causing the emblems of both the Gardaí and PSNI to fall off.

The Garda spokeswoman continued “we have heard of cases, particularly in North Dublin where gangs of children are using these pedal-powered diggers to crash into the desk of other children and make off with lunch boxes.

It needs to be stopped now. And I mean now.” She shouted while becoming visibly upset and again banging the lectern.

In an attempt to restore order to the conference the Dept of Education representative took to the stage and stated that all such toys would be replaced by the introduction of non-gender specific dolls and that children would be encouraged to play with these as opposed to as he put it “nasty pseudo-macho construction toys.”

The well dressed and neat spokesperson outlined his department’s hopes to introduce a range of non-gender specific toys and games into pre-schools over the next few months.

Measures such as Cowboys/cowgirls and indigenous person games would be more appropriate in an open and inclusive society and not have such a negative influence on future generations. 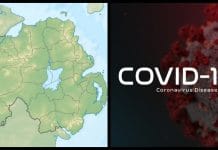