A long-time Sinn Féin activist and leading party member has shocked friends and fellow party members by admitting that he would rather break the strict party policy and swear allegiance to the British Crown than remain subject to the current lockdown restrictions.

Eoin O’Donnell, who is chairperson of the Coolock Cumman of Sinn Féin, is facing party disciplinary procedures which may include dismissal after making the announcement.

Speaking to a social distance-compliant press gathering held at the Sean South social club in Coolock, O’Donnell told reporters; “This isn’t what we all died for in 1916. If Pearse, Connolly and Larkin and them other lads who died to set Ireland free had seen the state of the country now…

“Well, I’ll tell ya, they’d have stayed at home eating their Easter eggs so they would and left the GPO alone,” a visibly upset and distraught O’Donnell said.

“I mean, it’s the boredom that’s killing me,” he continued. “Like Jaysus, it was only a few short months ago that we were cocks of the walk, so we were.

“Our absolutely and totally brilliant election results, our packed to the rafters public meetings where Mary Lou had the crowds in the palm of her hands. Ah, shur to hear the crowd roar its approval was magnificent and not a single baseball bat had to be used to encourage them,” O’Donnell lamented.

Not worth getting up in the mornings

Continuing his rant, O’Donnell went on; “Now we’re in lockdown and the other lot have succeeded in locking us out of our rightful place in government. To be honest — or as we Shinners say ‘as honest as we want to be when it suits us’ — it’s fecking boring.

“God be with the days when we could masquerade as concerned parents or protest over Palestine or even organise a few semi-violent anti-water-tax shin-digs.

“But alas those days are well and truly gone so we might as well give up altogether and take the Queen’s shilling. Now no one even gives a damn about Brexit or the six-counties — it’s hardly worth getting up in the mornings.”

O’Donnell went on to reminisce about the good old days before the lockdown. “Jaysus, it was great craic so it was. We’d go out and do a bit of the auld fundraising so we would.

“You know the usual kind of stuff, stick on the auld balaclava and drop into the bank for a cash withdrawal. Shur, now everyone is wearing masks so they are. The fecking fun has gone out of it, so it has.

“Like before you could keep busy with a bit of the auld dodgy fuel laundering, nowadays no one’s driving anywhere. God but the arse has well and truly dropped out of that shagging market,” O’Donnell lamented.

Come out ye’ Black and Tans

At this stage a teary-eyed O’Donnell left the podium singing “come back you Black and Tans anything would be better than this bloody boredom.” Things have reached a desperate state for the Sinn Féin representative. 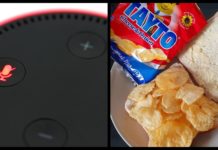 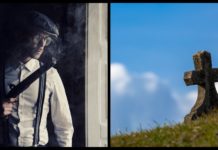 Top 5 excellent ways to break up with an annoying lover 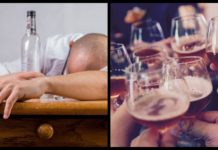