In the film we see Mercury meet his long-term Irish love, Jim Hutton, at a party at his house. Armagh actor Aaron McCusker portrayed Jim Hutton in the movie.

However, quite a bit of artistic licence was used in the film and this was not how they actually met. The pair first met in a gay nightclub called Heaven in March 1985.

Freddie was at the height of his fame when they met, having just one year beforehand, released Queen’s 11th studio album which included hits Radio Ga-Ga and I Want to Break Free.

The Queen singer and Irish man would go on to spend the remaining seven years of Mercury’s life together. However, their relationship was not without its own problems.

Hutton previously recalled that his relationship with Mercury was rocky at the start: “I saw him with another guy in Heaven and we had a huge row. He told me he did it to make me jealous.

Then one day I saw him leaving his Kensington flat with another guy and we had an argument. I told him he had to make his mind up. And he said, ‘OK’, he wanted to be with me. Deep down I think that he wanted to be secure with someone who was down to earth and not impressed by who he was.”

Soon after they got together, Hutton moved into the star’s Georgian mansion, Garden Lodge in south London. Here he was given a job as a gardener and handyman for a weekly wage of £600.

Hutton was born in 1949 in County Carlow, into a family of ten children. His father was a baker. When they first met, Hutton was working as an apprentice hairdresser in the Savoy Hotel, after a short, unsuccessful stint with the brothers.

Hutton recalled that although Freddie had a commanding stage presence, he was a softly spoken man who adored his cats.

On November 24 1991, Mercury passed away as a result of Bronchopneumonia as a complication of AIDS.

Hutton recalled Mercury’s death vividly: “He was dosed on morphine and in Neverland. He wet himself. I knew that if he woke up and saw that there’d be blue murder so we changed his underwear and while I was putting his boxers on I knew he’d gone.

I went into my bedroom and stopped a carriage clock Freddie had given to me: the time was 12 minutes to 7.”

The star left Hutton £500,000 which he used to buy a house in Shepherds Bush and build a home in Ireland. Three years after Mercury’s death, Hutton wrote a book about their relationship called ‘Mercury & Me’. Upon the release of his book he confessed that he wrote the book for his own benefit, to ease his pain.

According to Jim, Mercury was diagnosed with AIDS around Easter in 1987. His Irish boyfriend did not get tested himself until 1990 and didn’t tell Mercury that he also had AIDS/HIV until he took a second test a year later.

When Freddie died, Hutton stopped a carriage clock left to him by Freddie, so that it marked the moment he died: 12 minutes to 7. Years later in 1995, he heard the same clock tick again.

In an interview with the Sunday Times that took place in 2006, Hutton reflected on the couples’ last moments together.

“The last proper conversation we had took place a few days before he died. It was 6 am. He wanted to look at his paintings. ‘How am I going to get downstairs?’ he asked. ‘I’ll carry you,’ I said. But he made his own way, holding on to the bannister. I kept in front to make sure he didn’t fall.

I brought a chair to the door, sat him in it, and flicked on the spotlights, which lit each picture. He said, ‘Oh they’re wonderful’. I carried him upstairs to bed. He said, ‘I never realised you were as strong as you are’.”

After a quiet life back home in Ireland, Jim Hutton passed away at the age of 60, on January 1, 2010, after a long battle with cancer. 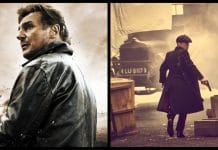