Ireland has won the Eurovision Song Contest more than any other country. However, we’ve certainly had some questionable performances.

When it comes to Ireland and the Eurovision Song Contest, we have seen some serious success. While being the country with a record seven wins, we were also the first country to win the contest three times in a row.

We’ve participated in the contest 55 times starting in 1965 and have only missed two contests since then. While in the early years we were one of the most popular countries, we seem to have slowly deteriorated throughout the years.

Despite being remembered for some class acts, we’ve also been remembered on the show for some seriously dreadful performances. Today, we’re going to look at the worst Eurovision songs for Ireland, ranking them from the least dreadful to the most.

It was the year 2000, the year of the millennium. Eamonn Toal’s rendition of ‘Millennium of Love’  was by no means the worst Eurovision song for Ireland, but certainly one of the worst.

We think Eamonn was dealt a bad hand with this one. While his vocals were on point, the song was just, quite simply, boring.

With lyrics like, ‘Celebrate the millennium of love, where our footprints leave a harvest for our children’, he had no chance.

4. Gary O’Shaughnessy – Without your Love, one of the worst Eurovision songs for Ireland

This song was a bit all over the place. While it was performed in 2001, it felt more like a tune from 1991 and left viewers unimpressed. The performance resulted in 6 points, leaving Ireland third from the bottom.

This actually meant that Ireland was unable to proceed to the contest the following year, which made the media and the Irish public very unhappy. Yikes.

It wasn’t O’Shaughnessy’s fault that this year wasn’t a success. Louis Walsh said at the time, “I blame RTE who don’t appear to have any interest in it anymore.”

While Gary O’Shaughnessy was apparently in good spirits after his performance, saying, “I tried my best.” O’Shaughnessy’s nephew, Ryan O’Shaughnessy, went on to sing for Ireland 17 years later in 2018. He placed 16th.

The lads represented Ireland at the 2011 contest in Dusseldorf, Germany, and again in 2012 in Baku, Azerbaijan. They made Irish Eurovision history as Ireland sent the same act two years in a row for the first time.

To be fair to the boys, their music is quintessential Eurovision. It’s lively and upbeat, but it’s just so cheesy that we can’t cope. Despite the cheese, their 2011 performance of ‘Lipstick’ in Germany was the last time Ireland did well in the contest.

2. Dervish – They Can’t Stop the Spring

Now, we can see where we were going with this one in 2007, sort of. The fiddles, the whistles, and the ruse of a classic, traditional portrayal of Ireland.

However, the song was really bad. It really was. The lyrics were just plain cringeworthy, and while the vocals weren’t great, Cathy Jordan sure tried her best to get the crowd going with her hands swaying in the air.

Unfortunately, the awful song and performance resulted in this being one of the worst Eurovision songs for Ireland.

In first place on our list of the worst Eurovision songs for Ireland is one act nobody can forget, Dustin the Turkey. There are so many words we could use to describe this woeful song.

Now, we all know that hosting Eurovision is expensive. Rumour had it, Ireland started putting forward terrible acts to ensure we either didn’t make it to the final or didn’t get close to winning.

In the 2008 Eurovision semi-finals, Dustin the Turkey made absolutely sure we weren’t progressing to the finals. If you haven’t seen the video, just take a look to see what we mean. 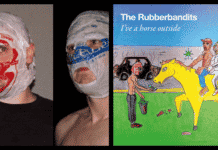 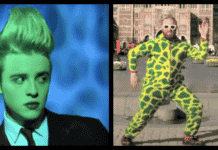 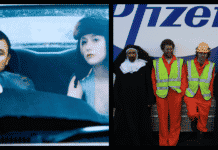