If you’re trying to bag yourself an Irish lad or lass, here are a few things you need to know before you date an Irish person.

The charming smiles, sparkling wit, and one of the sexiest accents on the planet. It’s no wonder everyone loves the Irish. But it’s not all PS I Love You 365 days a year.

Us Irish are a passionate and fiery bunch, for sure. However, we also have lots of quirks and characteristics that are sure to confuse potential suitors.

If you’re trying to bag yourself an Irish lad or lass, here are a few things you need to know before you date an Irish person.

Let’s start with the basics. So you’ve got the hots for some pretty young guy/girl from the Emerald Isle. Excellent taste, my friend.

But just so you know, when they inevitably ask about the “craic”, they don’t want you to go to a dodgy part of town and obtain a highly illegal class A drug for them.

So what is craic then? Well, the French have their ‘je ne sais quoi’, and the Irish have ‘the craic’. It’s our essence, our energy, our way of life.

The craic can be news (any craic?) or fun and banter (the craic was ninety). A person can be good craic or even the anti-craic.

Make sense? Basically, the pursuit of good craic is our purpose as Irish people, so you better be well versed in it if you plan on trying the case.

9. The family will be big – and you’ll struggle to remember all their names

Meeting your significant other’s family is always daunting. But when it’s an Irish family, things take on an extra dimension.

Being introduced to people with names like Saidhbh, Caoimhín, Bláithnaid, or Fiachra is likely to trip you up. That’s before you realize your new bae also has 11 aunts and uncles and 47 first cousins.

And that’s on one side of the family. God bless you if you find yourself at a wedding!

Odds are their parents will have accents so thick, you’ll only pick up every fourth word, and you’ll drink more tea then you thought was possible for one person.

Also be ready to be asked constant questions about where you’re from, how your folks met, and something called road frontage. Good luck!

8. Get used to swearing and insults – don’t take it personally

If you’re dating an Irish person, you better get used to the air turning blue around you.

Don’t worry; we’re not always angry; it’s just how we express ourselves. And when it comes to insults, we’ll only call you something nasty if we really like you.

Not only will we drop an F-bomb three times in a sentence, but we’ll also be using words you’ve never even heard before.

Ones to remember for when your love goes on a rant about the lack of Tayto in the corner shop include gobshite, eejit, gombeen, bollocks, tool, gowl, hoor, and, of course, the immortal Feck.

Don’t worry if you can’t understand any of it at the start. You’ll figure it out after being called a gammy mong often enough.

7. Be prepared for some religion – it’s unavoidable

Like it or not, most of us Irish folk were brought up in the Catholic church.

Even though we’re finally breaking free from it, there’s still a strong possibility of being dragged to mass on special/family occasions.

You’ll also become well versed in everything related to the Holy family and all the saints.

Old habits die hard, and your partner is likely to utter such gems as “Jesus, Mary, and Holy St Joseph”, “Sweet Mary Mother of God”, and mutter about someone called Saint Anthony when they couldn’t find their keys.

OK, so we’re not exactly Italy or Greece who are revered for their national cuisine. But I challenge you to find an Irish immigrant who isn’t passionate about their favourite brands from home.

Your Irish girlfriend will moan that no tea is as good as Barry’s (whoever he is) and your fella will miss a proper fluffy spud no end.

Be prepared for them to receive multiple Irish food care packages if they’re away from home.

Contents will include Clonakilty sausages, bottles of Mi Wadi, Ballymaloe relish, black pudding, teabags, Dairy milk chocolate (it never tastes the same abroad), and Kimberly biscuits, all of which you’re obliged to agree are better than the local stuff.

5. The GAA is here to stay – an Irish institution

One of the things you need to know before you date an Irish person is the GAA.

That’s hurling and Gaelic football to you, and it’s like a religion to most Irish. If you’ve never heard of either sport, your new Irish love is about to give you a crash course.

Your Sunday afternoons will now be spent in club grounds or in pubs cheering on their team.

And nothing gets us as patriotic as our home county winning an All Ireland championship. There may be tears, and you’ll have the Fields of Athenry off by heart in no time.

Better pay attention because someday you could be handed a hurl and expected to knock about the pitch with their mates. And trust me, a sliotar to the head is the last thing you want!

4. Understand the difference between the U.K. and Ireland – they are not the same

We have a long and complex history with our closest neighbours.

A sure-fire way to piss your crush off instantly is to assume Ireland is part of the U.K. “Oh, but England and Ireland are like the same thing, right?” That’s a one-way ticket to going home alone.

The same goes for asking why we don’t use sterling or making uneducated comments about the north of Ireland or Northern Ireland (depending who you are talking to).

While we’re at it, please don’t refer to the Republic as “Southern Ireland”.

You can thank me later. Irish people are super proud of our history and culture, and you will be subjected to the story of our 700 years of oppression if you put your foot in your mouth here.

Being sensitive to our drinking habits is one of the things you need to know before you date an Irish person.

You better check your drunken leprechaun jokes at the door if you’re trying to hook up with one of us Irish.

Only we are allowed to take the piss out of ourselves that much, and we all know that Ireland has a reputation for heavy drinking.

That being said, if you’re not a fan of a beer yourself, you might be barking up the wrong tree because when we go out, we go OUT.

She/he might say they’re only going to the pub for one but what they mean is nine pints of Guinness, six jaegers, three whiskeys and a lock-in until 6 am.

But you’re still never allowed mention leprechauns. Best to drink up and join in.

2. Sex – often referred to as getting the ride, fecking, and doing the bould thing

As a country with a strong Catholic history, most of us grew up not even knowing sex education was a thing never mind which bit was supposed to go where.

Thankfully for you and us, we haven’t let that hold us back, and all that repressed sexuality has to go somewhere now, doesn’t it?

So go ahead and get frisky with a fine Irish specimen. Our fiery nature will definitely make itself felt!

Just be sure to give really good cuddles in case all that inherited Catholic guilt rears it’s ugly head the next morning!

1. St. Patrick’s Day – an important part of being Irish

Number one on our list of things you need to know before you date an Irish person is St Paddy’s Day.

Think 17 March is just another cold day in the transition from winter to spring? Ahh dote, bless your innocence!

If you’ve shacked up with one of us, this day is about to take on massive significance for you. It’s only feckin’ St Paddy’s Day and no matter where you live in the world, you will now be celebrating like it’s New Year’s Eve.

You see, the Irish don’t have an Independence Day or a national day of celebration, so we have this in the form of St. Patrick’s Day.

Don’t even think about saying green isn’t your colour. Expect copious amounts of Guinness, trad music pulsing through the walls, and a plate of bacon and cabbage being assembled in front of you.

Oh, it also goes without saying that even if you’re not in Ireland, when it’s a national holiday, you’ll be taking at least three days off work. You’re welcome. 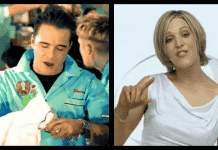 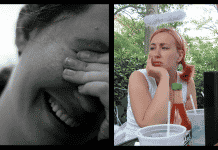 Top 10 things that give Irish people the ick 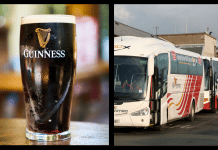