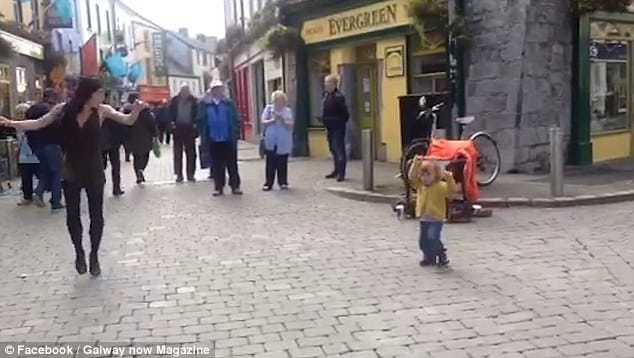 A Little Girl Learns to Irish Tap Dance on a Galway Street and goes viral on the internet.

A young girl in Galway City started learning to tap dance on September 28, copying moves being performed by a woman on Store Street.

The young girl, named Georgina, proceeded to tap alongside the performer as shoppers and by-passers looked on. Her father later remarked on Facebook that his “little viking” had gone viral because of her skills.

The 2022 Irish Farmer Calendar is here, and it’s amazing