Thirteen Lives tells the true story of the 2018 rescue mission in Thailand, where a group of young boys and their football coach were trapped in a network of flooding underground caves. The folks at JOE spoke to Colin Farrell about the dangerous ordeal of filming.

It’s been a great year of movies for Colin Farrell. With successful films already released like The Batman and After Yang, we are now in anticipation for The Banshees of Inisherin, as well as Thirteen Lives.

Thirteen Lives is based on the events in 2018 when a group of young boys and their football coach ended up trapped in underground caves for 18 days.

In the film, Colin Farrell plays John Volanthen, the British diver who played a leading role in the Tham Luang cave rescue.

While Colin Farrell doesn’t compare filming to what the young boys and rescuers went through, he admits that he was really uncomfortable during the process.

In an interview with JOE, the Irish actor talked about how, at one point during filming, he asked one of the experienced divers what the most dangerous film he’d ever worked on was.

Farrell said, “As soon as I asked the question, I f**king knew I made a mistake.” The diver told him it was this one.

Farrell talks throughout the interview about his discomfort during filming, admitting that he isn’t a strong swimmer. You can watch the full interview of Colin Farrell on the dangerous filming of Thirteen Lives above.

The movie will focus on John Volanthen, played by Farrell, Richard Stanton, played by Viggo Mortensen, and Richard Harris, played by Joel Edgerton.

These are the divers who volunteered to lead the rescue mission. They went to great lengths to make the mission a success while keeping casualties to a minimum.

Directed by Ron Howard, the movie has been the most well-received film that MGM has ever seen, receiving the highest scores from audiences. There is talk of the film being a prime candidate for the 2023 Oscars.

A claustrophobic and dangerous setting – Colin Farrell is not alone

In an interview with Entertainment Tonight, Colin Farrell expresses how he got panic attacks while filming a number of the underwater cave scenes.

He isn’t alone, as co-star Viggo Mortensen recalled in an interview how he struggled to breathe while filming.

A stressful and dangerous filming experience; there’s no doubt the actors were in capable and safe hands. For those interested in watching, the film was originally due to be released in April this year.

However, following the buy-out of MGM by Amazon Prime Video and extreme success in early test screenings, the release date was pushed back. However, it is not available to view in cinemas. 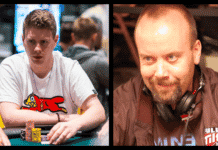 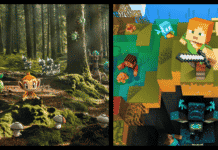 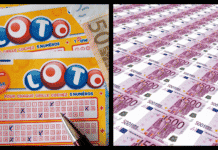