Ireland has a bright future ahead. Here are four ways Ireland will move forward.

Ireland is a beautiful success story, both in economic and social terms, and things will only continue to improve. Here are four ways Ireland will move forward in the coming years.

If we look back, not that long ago, Ireland was primarily an agricultural country with minimal exports.

Thanks to smart tax laws, its great position, and various policies to attract big foreign capital, this small European country shifted from a place that people were leaving to a place that everyone wants to live and work.

But due to recent challenges, what can Ireland do to keep its growth and continue with development?

4. A rise in demand from E.U. countries – looking from the U.K. to Ireland

One of the ways Ireland will move forward in the future is a possible rise in demand for produce from Ireland. As trading tariffs are put in place between the E.U. and the U.K., companies within the E.U. who currently source produce from the U.K. could look to Ireland as an alternative.

One of the major suppliers of food in Northern Ireland, Lynas Foodservice, has sourced more goods, such as cheese, from Ireland since Brexit, and this is a pattern that could be seen with more and more companies.

To ease the pressure on their businesses as customs checks and paperwork are imposed by the U.K., many companies that remain within the E.U. may choose to reroute stock via Dublin or seek out Irish suppliers.

3. Start-ups in Dublin – a venture capital

London is currently seen as the venture capital of Europe. However, many people looking to start a business venture may look to Dublin as an attractive location.

As well as continuing to have access to the E.U. single market, Ireland is home to 4.5 million English speaking people and is currently seeing a rise in its working immigration, both of which provide numerous benefits for new businesses, including a wide talent pool to choose from.

Currently, the impact of Brexit on online casinos in Ireland are minimal, and players can still enjoy their favourite games and sports betting online.

As the entertainment industry is ever-evolving and experiencing massive growth, we might expect to see better offerings in the future and more companies establishing their European headquarters in Ireland.

With progressive laws and smart policies, Ireland could be a leading country within the E.U. when it comes to the entertainment industry, and this is one of the most exciting ways Ireland will move forward.

1. Companies may relocate – from London to Dublin

Many large multinational companies located in the U.K.’s biggest cities like London and Manchester may choose to move their headquarters to Ireland in order to remain within the E.U.

As the U.K.’s closest neighbour and the only remaining English-speaking country in the E.U, Ireland, and particularly Dublin, may be the obvious choice for these companies to lay down their roots.

This would positively impact Ireland by increasing foreign direct investment into the country, thus creating plenty of jobs for Ireland’s population, which is one of the ways Ireland will move forward. 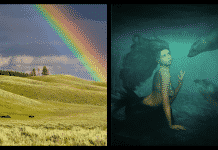 3 Irish legends and their impact on popular culture 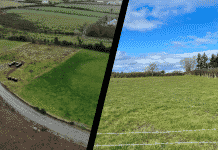 Top 5 plots of land you can buy in Ireland