Think you know everything there is to know about the Irish capital? Then think again! We have compiled a list of fun facts about Dublin for you to enjoy which may surprise you.

Dublin is Ireland’s capital city and has a population of over 1.3 million people, which makes it not only one of the most important locations in Ireland but also its most popular tourist spot. On average, five million people visit Dublin City Centre every year.

In this article we will list ten fun facts about Dublin that you most likely never knew.

Dublin’s O’Connell Bridge covers the River Liffey and is the only traffic bridge in the entirety of Europe which has the same width as it does length.

9: A Viking Settlement – the origins of Dublin

The city of Dublin was originally founded by the infamous Vikings who settled there in the 9th century. They christened the area with the name of the “Norse Kingdon of Dublin”.

8: The Irish translation of Dublin – roots in Old Irish Gaelic

This most likely refers to the River Liffey which was used by the Vikings at the time, while ‘Átha Cliath’ in English means “Ford of the Reed Hurdles”.

According to recent research there are 666 pubs in total in Dublin which are scattered throughout the entire city and county. Many of the biggest pubs in Dublin can be found in the famous Temple Bar area of Dublin, which is located in the heart of Dublin city.

6: The fountain of youth – a young up and coming city

Dublin is certainly regarded as a young city as it has the youngest population in all of Europe. Approximately 50% of the population of Dublin are said to be under 25 years of age.

5: The widest street in Europe – one of the most fun facts about Dublin

However, that isn’t the case because, while it is the widest Avenue in Europe, it loses out to the title of widest street in Europe to O’Connell Street in Dublin.

4: Dublin is a UNESCO City of Literature – home to many literary greats

Dublin is the home to many literary greats such as Oscar Wilde, Bram Stoker, James Joyce and W.B Yeats to name but a few.

As Dublin has contributed so much to the literary world over the centuries it was bestowed with the honour of being recognized by UNESCO and has been listed formally as a City of Literature.

3: Dublin is home to the oldest pub in Ireland – enjoy a pint surrounded by history

Another one of the fun facts about Dublin is that it is home to the oldest pub in all of Ireland which is of course the pub known as the “Brazen Head”, which was first established back in 1168.

2: The Phoenix Park – the largest park in Europe

Dublin is home to the largest park in Europe which is the Phoenix Park. The Phoenix Park covers over 707 hectares of land and is the second biggest city park in the world after the Central Park in New York. The park is home to many sights such as the president of Ireland’s home and Dublin Zoo.

1: A pint of the black stuff – Ireland’s famous drink

There are over 10 million pints of Guinness produced every day in Dublin alone! The famous Irish drink is brewed in the city and it is no wonder its inhabitants love a pint of the famous black stuff.

That concludes our list of some of the things about the Irish capital that you most likely never knew. Are there any other fun facts about Dublin that you know off that you think is worthy of being added to our list? 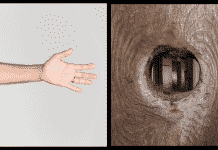