A man who has been a vocal critic of immigrants and of their apparent strain on the domestic health system has been spotted visiting A&E during prime time with what was believed to be a “dead leg”.

Gregory Wilson (47), from Larne in County Antrim, sustained the injury whilst walking about his home in a state of anger following news reports that immigrants were making a good impact on the country.

Gregory has been known to constantly criticise immigrants who come to Ireland, North and South, and has consistently blamed them on the spiralling health crisis and diabolical hospital waiting times.

Friends had gathered to Gregory’s home to watch the Rangers game not longer after he visited the hospital himself, and as usual, amidst the neutral vibes of a Rangers game, the topic of immigrants came up.

“It’s all their fault! Coming over here, taking advantage of our hospitals and blocking it up. Now, don’t get me wrong, I’m not a racist. I have nothing against them; just as long as they don’t come round to my neck of the woods, that’ll be okay for me.

“Like, I was at the hospital the other day and it was filled with immigrants. And all you hear on the news is the long waiting hours and no hospital beds. If they didn’t come over to our wee country, our hospitals would be fine!

At this point, Gregory’s friends, noticing no real injuries or scars on Gregory’s body, queried about his hospital trip. “So what had you at the hospital the other day then, Greg?” asked William during half time of the Rangers game.

“Aw, it was a bad one, lads. Funny enough, I was watching the news and a story came on saying that if a country has a lot of immigrants, then it’s doing well. Can you imagine that nonsense?

“So I erupted. I couldn’t take it. I started running about the house, roaring, shouting, Jesus I had the kids scared to death. In the middle of it all I banged by leg. Dead leg it was. You know yourselves, with something like that, the A&E is the only place for it.”

After Gregory finished his heartfelt story, his friends began to recount how they too had fallen victim to major, life-threatening injuries at home and were forced to make a trip to the A&E at their local hospital, not realising the irony of their views.

One recalled how he hurt his finger whilst hammering a nail into the wall, while another, who had foam coming out from the side of his mouth after screaming at the referee, told the group how he was forced into the emergency room after hitting his funny bone off the staircase.

Meanwhile in Ireland’s Politics and Society Department picked up various statistics from the Are They Actually Saying That? (ATAST) group, who found out that A&E rooms are filled, primarily, with sulking racists treated by well-educated immigrant doctors.

10 signs you are an absolute eejit 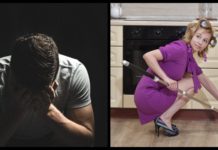