The music scene in Ireland is as rich as ever. Naturally, there are a great number of Irish musicians to keep an eye on these days.

Music has always played a huge and integral part in Irish culture and history through the ages.

Therefore, it should come as no surprise that Ireland has made huge contributions to the musical world throughout the years.

Here are the top ten incredible Irish musicians to keep an eye on.

All Tvvins comprises of duo Conor and Lar, whose debut album ‘IIVV’ shot up the Irish charts in 2016.

Since then, they have followed up the album with ‘Just to Exist’. They’ve been busy on their European tour, as well as performing at a sold-out show with The Coronas and Sigrid.

Pillow Queens is a four-piece band who have been hailed as being the future of Irish guitar music. They are a band known for their catchy tunes that people just can’t get out of their head.

Their lyrics also aren’t scared to touch on political and other important issues, such as friendships and body image.

8. Fontaines DC – a band that is constantly improving

With their second album ‘A Hero’s Death’, Fontaines DC made it clear that their success with their first album wasn’t a fluke or one-off.

Their second album was hailed as being better than the first, raising them further to success. It certainly seems like this is a band that isn’t about to fade into the background.

From playing in Tullamore to the global stage, Chasing Abbey has experienced what could only be characterised as a meteoric rise in stardom over the last five years.

Chasing Abbey is a young three-piece band of artists who are all still in their 20s. They have become famous for their unique and fresh fusion of pop, dance, and hip hop that they inject into their music.

6. Denise Chaila – elevating Irish hip-hop to the next level

Denise Chaila is a Zambian-Irish rapper who has burst onto the Irish music scene in recent years. It’s safe to say that she has taken the Irish hip-hop scene by storm.

Her music is combative, engaging, and challenging all at the same time. There is no doubt that there is much more to come from this rising star.

5. Wild Youth – a unique blend of pop-rock and electronic music

Wild Youth is a Dublin four-piece who have taken inspiration from artists such as The Script and Imagine Dragons.

Their successful music has a mix of pop-rock and electronic elements, making them Irish musicians to keep an eye on.

Since the release of his debut EP ‘Take Me to Church’ in 2013, Hozier has become a household name in the music world.

His songs are known for drawing from folk, soul, and blues, usually containing religious and literary themes.

Hozier has achieved worldwide success and has even been certified gold in the U.S.

3. Niall Horan – one of the biggest Irish musicians to keep an eye on

Since the break-up of One Direction, Niall Horan has defied the odds and continued to be an incredibly successful musician.

He has achieved a huge amount of success, promoting his debut album ‘Flicker’ with a world tour.

The album proved to be a hit as it sold over a quarter of a million copies worldwide and topped the Billboard 200.

In Ireland, he has performed in sold-out arenas as well as in the UK.

2. Picture This – an internet success story

In recent years thanks to their sell-out shows in Dublin and their appearance on the James Corden’s Late Late show, Picture This have become household names both in Ireland and abroad.

Amazingly, Picture This first started to get noticed when band members Ryan Hennessy and Jimmy Rainsford recorded a version of ‘Take my Hand’ on an iPhone.

They uploaded it to Facebook and YouTube, where it became an instant hit that amassed over 1.2 million views.

From there, they rose to stardom and became the band that we know and love today.

Dermot Kennedy takes first place on our list of ten incredible Irish musicians to keep an eye on.

Kennedy exploded onto the music scene recently thanks to his unique sound, which combines unlikely genres such as hip hop, folk, rap, and R&B.

Kennedy has made himself known across the world thanks to his tours which have brought everywhere from North America to Australia, and the United Kingdom to all across Europe at a wide variety of festivals.

That concludes our article on ten incredible Irish musicians to keep an eye on. Which one is your personal favourite? 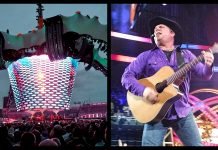